After you’ve finished modelling your structure you will want to apply loads to it. Most of the time you will want to group these loads together for a particular purpose to make your load combinations simpler. There is no way to add load groups, they are created at the same time as you add a load. S3D automatically names these as LGX where X = a positive number, however you can name these anything. For example: I would like to to apply a wind load to my structure, so I will name the load group W. Load Groups are not affected by load factors from load combinations because by themselves, they by default, are not assigned to a specific load case (dead/live/snow/wind/etc)

Lets go over an example so the workflow can be explained. First, you will want to apply a load. For this example, we will apply a 10 kip load to a beam. Load Groups are used so users can distinguish between multiple different types of loads. Lets assume its a hanging load, so when applying the point load, type in “Hanging Load” in the Load Group field, then click Apply. 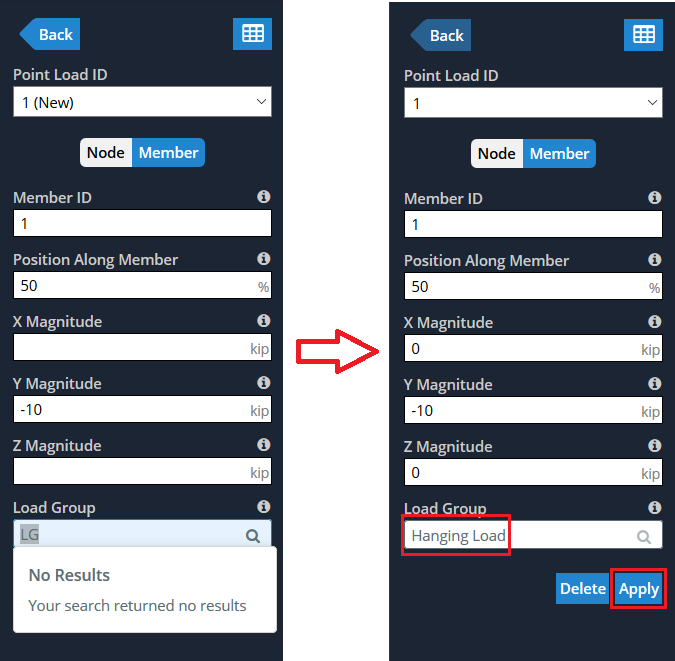 Note: “Hanging Load” is not attributed to a specific load case, we need to do that next.

To assign a load case to our new load group, go to Edit on the top toolbar and then down to Assign Load Cases. This window is where you will assign each arbitrary load group to its intended load case, which will differ from each code. For this example, we will be using load case nomenclature as set out by ASCE. Select the relevant design code and subsequent load case for each load group. We will assume that we want the hanging load to be designated as a Live Load, select that. 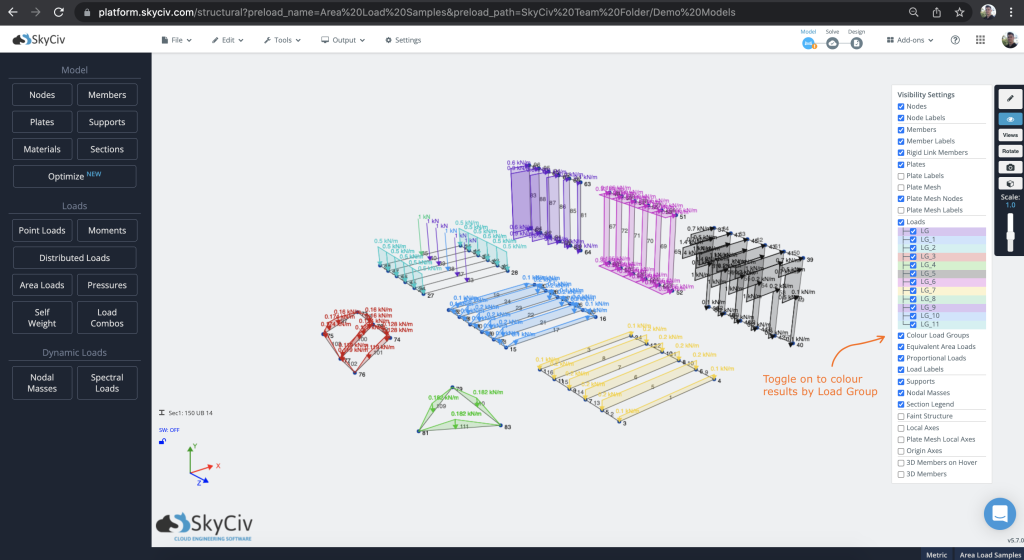