Foundations transfer forces from structural systems to some external source, typically the ground. The ground has essentially infinite stability, which makes it a great place to transfer the loads of your structure.

In a structural model, foundations are often represented as Supports, or boundary conditions. They act as an endpoint for a load path.

The soil where the foundation sits, or is piled into, is a critical aspect of a foundation’s design and must be analyzed and checked for its stability. Different soil types such as clay behave very differently to others such as sand. These behavioural differences are expressed through physical values such as soil cohesion and friction angle.

Generally, foundation systems are divided into shallow and deep foundations. Shallow foundations are almost always cast against the earth. The site is excavated to relatively shallow depths, underneath the ground elevation. They are easier to construct, cheaper, and, therefore, usually a more popular design option for smaller structures.

Difference Between ‘Footings’ and ‘Foundations’

The terms footing and foundation are commonly confused for one another.

A ‘foundation’ is a general term used to denote a part of a structure that transfers the load from the superstructure to the supporting ground. It can be either classified as a shallow or deep foundation.

Difference between Deep and Shallow Foundations

Deep foundations are more commonly found on sites where the soil conditions are unfavorable. For example, most marine projects will use deep foundations for additional stability. The process of constructing a deep foundation is more complex and costly. It requires heavier equipment, skilled labor, and proper time management. Deep foundations can be driven into the ground or cast against the earth, soil is much harder to excavate, and soil pressure increases as you go deeper. A deep foundation provides lateral support, resists uplift, and supports larger loads. It relies on both end bearing and skin friction.

Isolated footings, also known as spread or pad footings, are the simplest and most common type of foundation. Each footing supports its column that it takes the load from and spreads it to the soil it’s bearing on. Isolated footings are almost always square or rectangular. This makes them easier to analyze and construct. Dimensions of the footing are estimated based on the loads from the column, the safe bearing capacity, and excessive soil settlement. 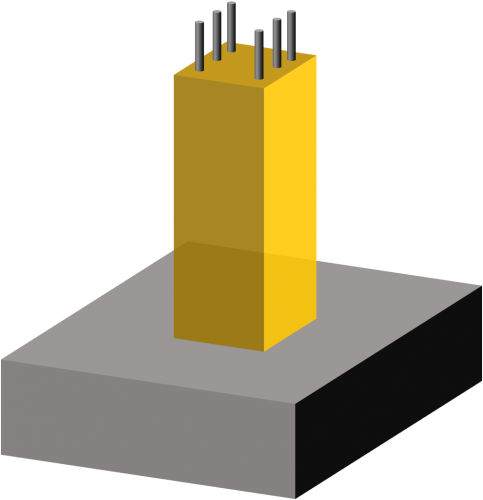 Wall footings, also known as strip footings, support the weight from load-bearing and non-structural walls. Similar to isolated footings, the greater the footing area, the greater the ability for the footing to limit settlement. Strip footings are useful in supporting load-bearing walls, as they resist not just dead loads of the structure, but also other design loads. Wall footings are also cast with plain or reinforced concrete and sometimes are precast before being brought to the site. 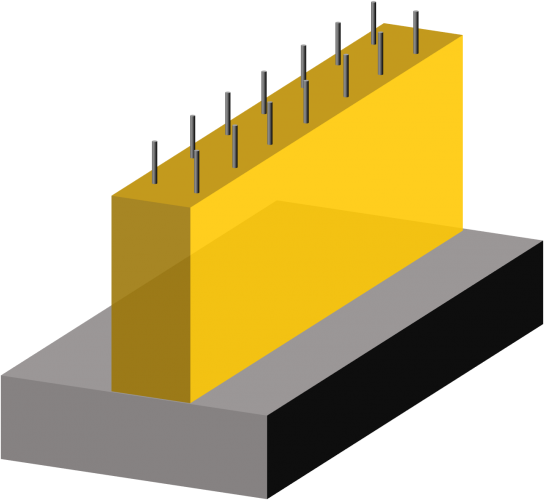 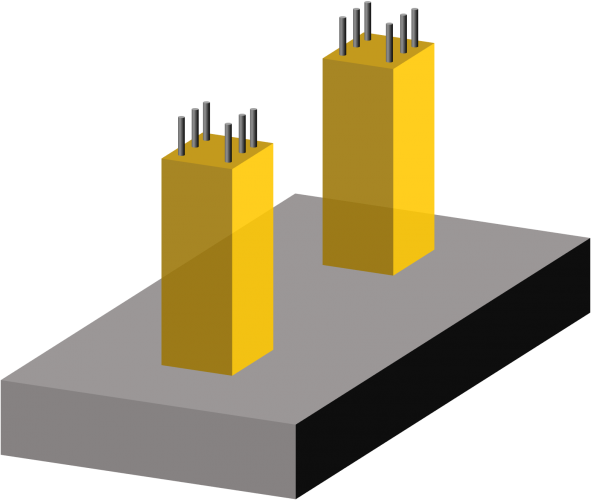 Strap beams commonly connect two footings that support columns resisting significant lateral forces. The central strap beam will help reduce the effects of the lateral load without placing additional gravity pressure onto the soil, which would occur if a combined footing were used. 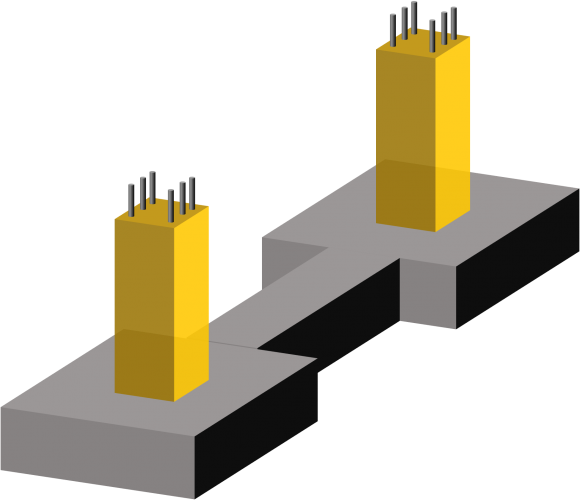 As the name implies, a mat foundation, also known as raft foundation, is a type of foundation spread entirely across the area of the building supporting heavy loads from columns or walls, similar to a slab on ground. It is most often used with basement construction where the entire basement floor slab acts as the foundation. Mat foundation is chosen when the building is supported by weak soil. Thus building loads are spread over an extremely large area. This prevents differential settlement that would be prevalent with isolated footings. This is most suitable and economical to use when the building footprint is relatively small or if columns are close together, limiting material cost. Conversely, mat foundations are not desirable to construct when the groundwater is located above the bearing surface of the soil.

The purpose of any foundation type is to transmit loads or forces from the superstructure to the ground without excessive settlement. Pile foundations are commonly used for projects that lie on weak or saturated soil depths where the excavation depth is not feasible for shallow foundations. Piles vary in diameter but are much deeper than they are wide. The load from the superstructure is transferred from the piles through the weakly compressible soil strata down to stiffer soils or hard rock. They can be made from steel, timber, cast-in-place, or precast concrete. Cast-in-place concrete piles are made by hollowing out a borehole in the earth using a long rotary drill and filling that borehole with steel reinforcement and concrete. If the borehole walls cannot support themselves, steel liners can hold the borehole’s shape. Precast piles are driven into the ground vertically or at an angle to the vertical using a pile hammer attached to heavy machinery. Sometimes, piles are cast together at their top elevation using a pile cap, basically, an isolated footing, to create a pile group that can support a large column (See Figure 7) 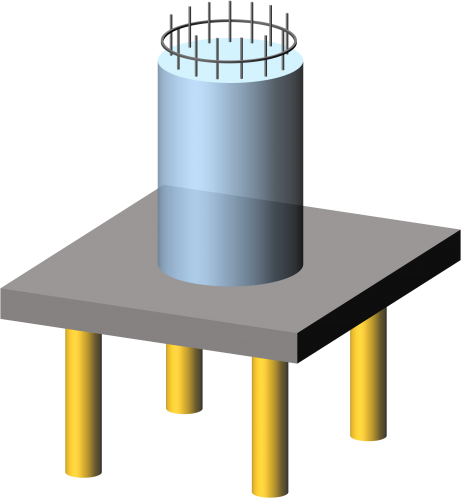 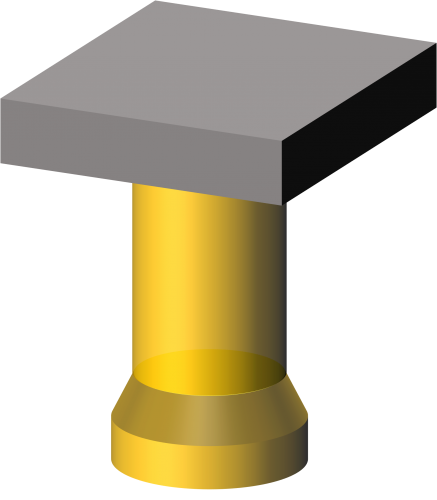 I hope this tutorial has helped you understand more about different types of foundation used in structural engineering. Check out our Free Concrete Footing Calculator, a simplified version of SkyCiv Foundation Design Software, or sign up today to get started with SkyCiv software!