Member End Fixities control how members are connected to each other or to the end nodes and include conditions such as a fixed, pinned, or spring connection.

This Member setting controls how the end of the member connects to its end node, and therefore how members connect to each other. A fixity code is a 6 character code specifying the 6 degrees of freedom for translation and rotation.

Member-end fixity codes accept ‘F’ (Fixed) and ‘R’ (Released) values. This code refers to the member end’s connection to its end node for each of the 6 degrees of freedom in the following order:

NOTE: Member-end fixities are with respect to the member’s local axis system rather than the global axis system. 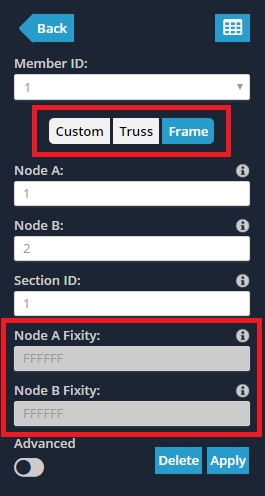 For instance, a fully fixed connection between two members (i.e. any forces or moments are transferred from one member to the next) will be denoted as ‘FFFFFF’ whereas a hinge connection, which cannot transfer moments in the y or z direction, would be coded as ‘FFFFRR’. The ‘Frame’ and ‘Truss’ buttons are preset end fixity conditions commonly used in the analysis:

Frame members have a fully fixed, rigid connection specified by a fixity code of ‘FFFFFF’.

Truss members have a hinged connection denoted by a code of ‘FFFFRR’.

To specify custom values, ensure that the Custom button is selected. This enables the end fixity fields to be edited.

When modeling with members, it is convenient to know the members’ end fixity without having to click on each member individually. By default, when members are modeled they have fully fixed, or Frame, end fixities (FFFFFF). The member looks like a single line between nodes:

When any of the degrees of freedom are released, the member will have a small dot near the end of the member (as shown below circled in red). For example, for members with pinned, or Truss, end fixities (FFFRRR), the member would look like this:

Example: How to model pin connections or hinges

In this example, we will create a simple pin connection, such as a hinge. Start by creating 3 nodes and joining them with 2 members. In this example node, 2 will be the hinge.

Select member 1 to bring up the menu for its settings. Click the “Custom” option to allow you to edit the fixity values. We want the hinge to be at node 2, which for member 1 is the “Node B” end of the member. This means we need to edit the “Node B Fixity”. Since we want the hinge to be able to rotate about its local z-axis, we set the z rotational fixity (the 6th character code) from F to R. 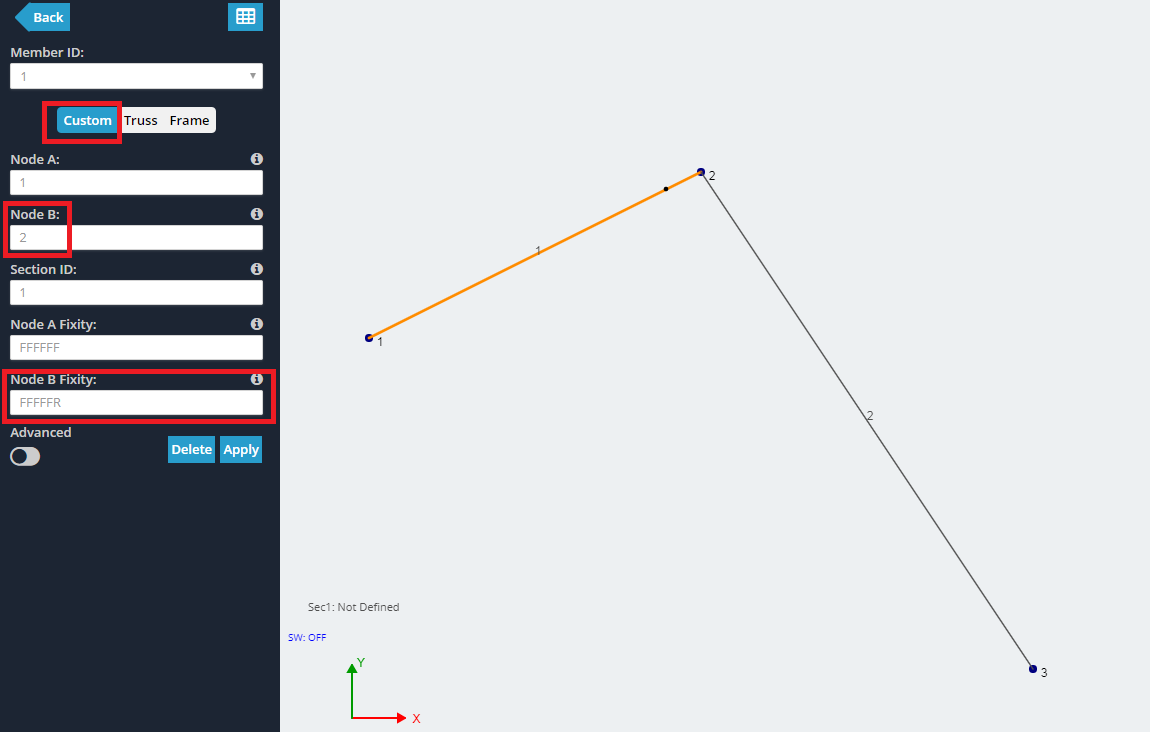 Select member 2 to bring up its menu. Click the “Custom” button. Note that node 2 is the “Node A” end of this member. This means we need to change the “Node A Fixity”. As before, change its local-z rotational fixity value from F to R. 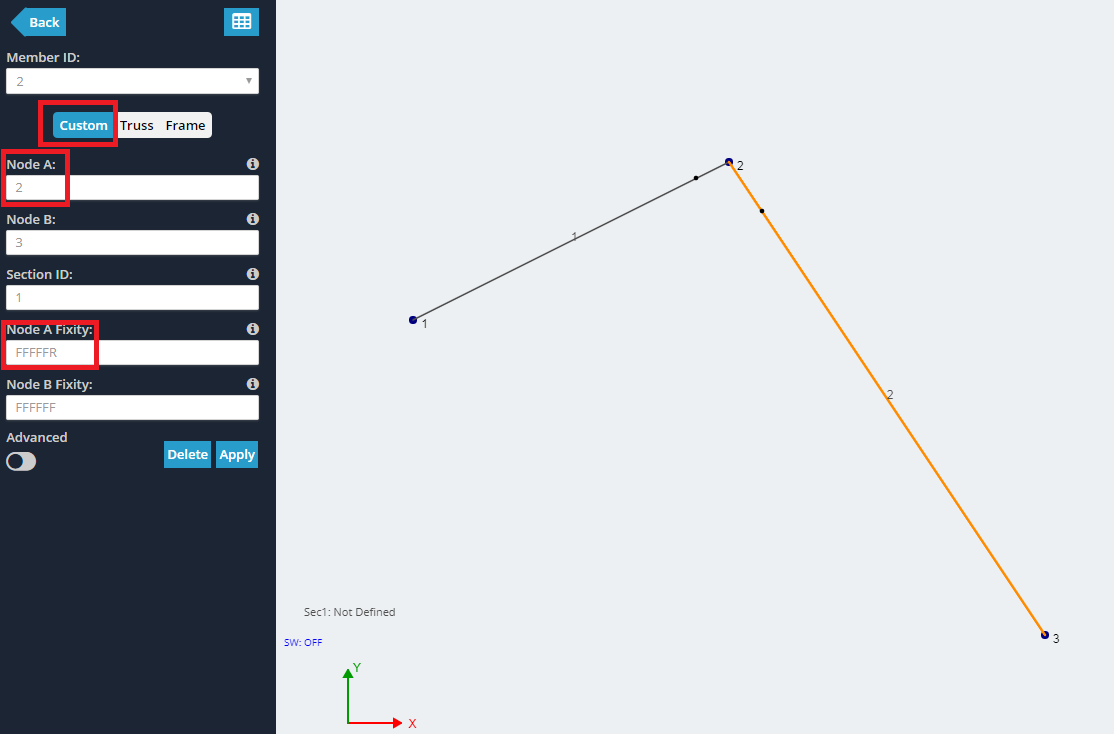 The hinge that rotates about its local z-axis is now complete. Notice that a dot appears at the end of the member that has a rotation release.

For more information, SkyCiv has a further explanation on how to model a hinge, using Structural Analysis Software.