In this example, we will model a curved beam. The first step is to create two nodes. Use coordinates (0,0,0) and (10,0,0) meaning that our two nodes are separated by 10 ft in the x-direction. 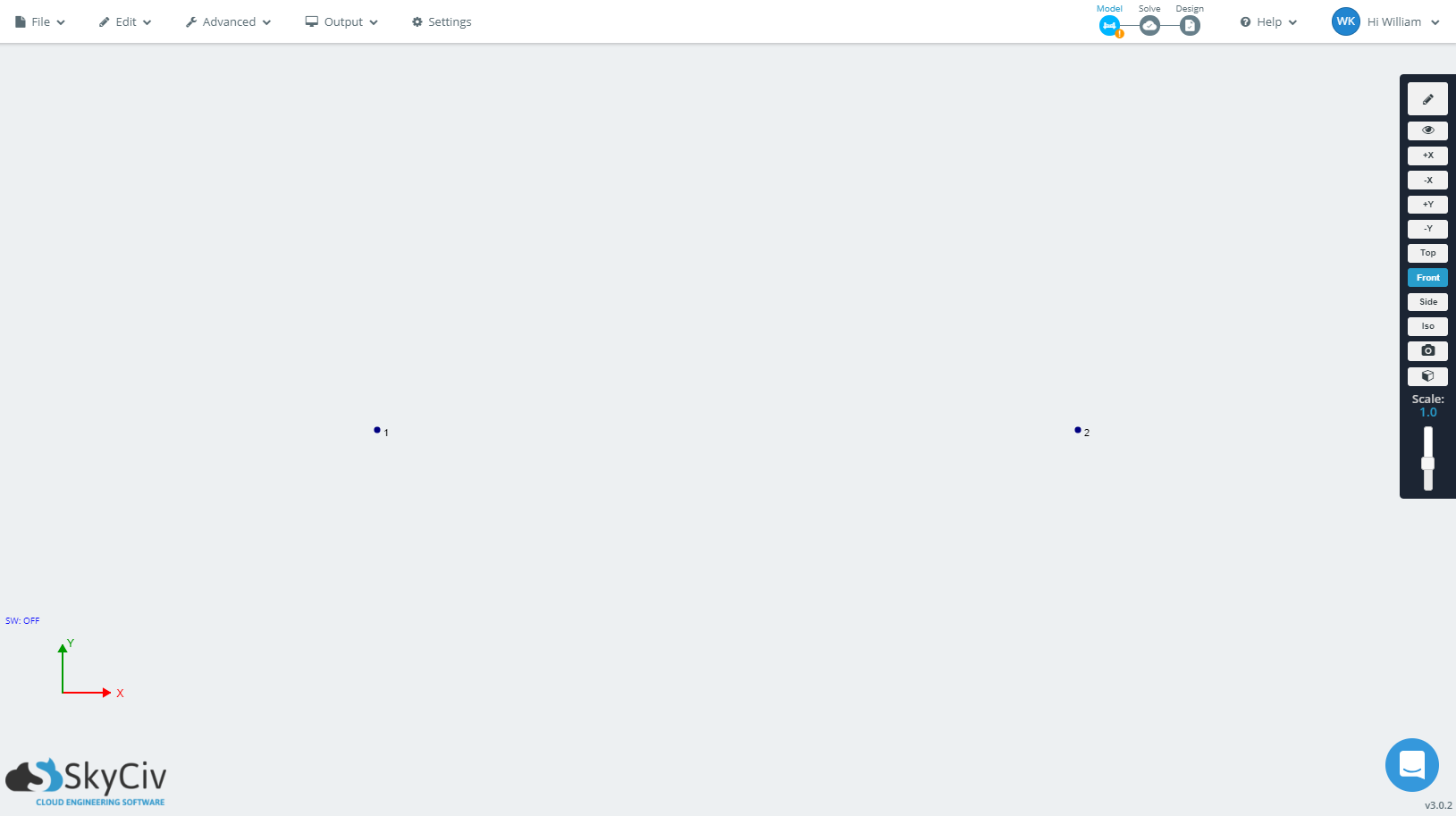 Go to the top toolbar, then Edit > Operations > Curved Member.

For example, we will use 20 members to make up a curve (the more members, the more accurately the curve is represented and vice versa). For the radius, the minimum value is the half distance between the two nodes. Since the two nodes in this example are separated by 10 ft, the minimum half distance is 5 ft. A value higher than the minimum for the radius will result in a ‘flatter’ curve. You can also directly specify section ID for the members of the curve to assign them a particular cross-section. Plane options (XY-plane, XZ-plane) and direction (positive, negative) can also be specified. 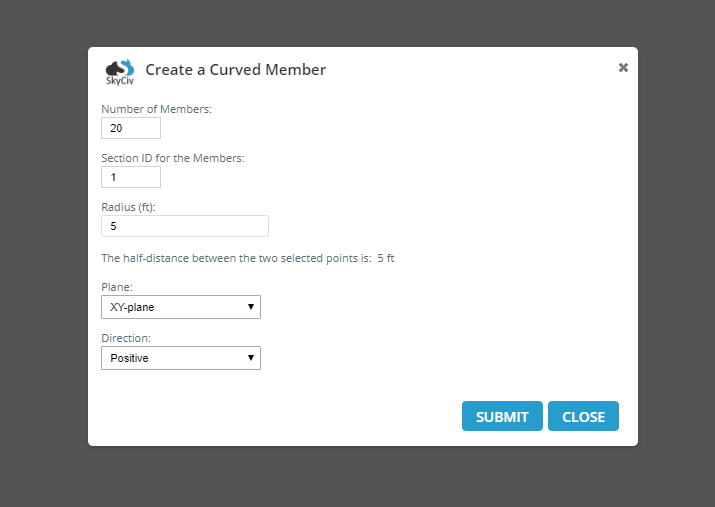 The example below is used the settings as above (20 members, with a radius of 5 ft).

You can undo the curve after you’ve generated it by holding Ctrl and pressing “z”. The below is an image of the above undone, and then recreated with 10 members with a radius of 5 ft: 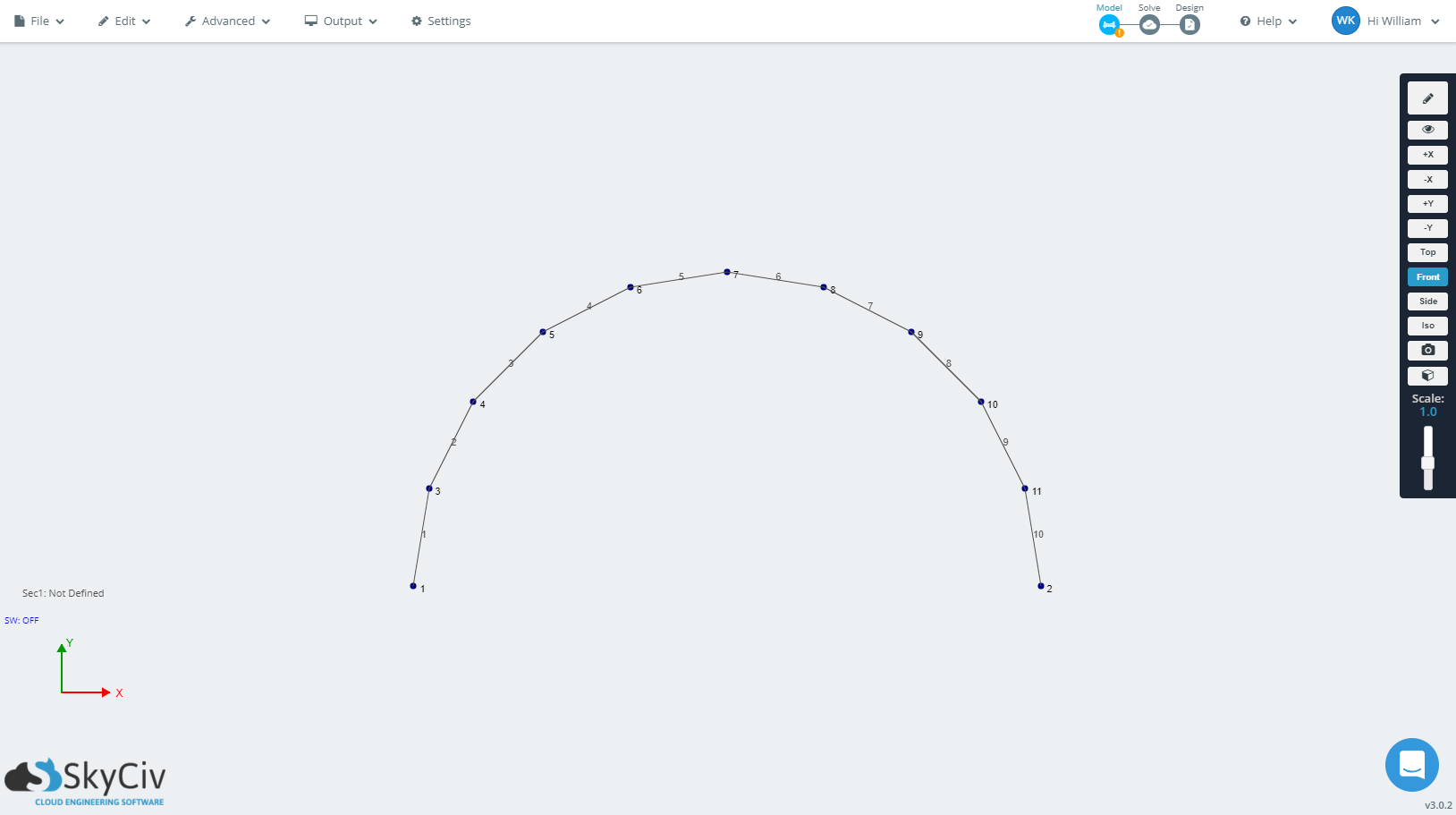 The image below is of a curve with 20 members, with a radius of 8 ft. 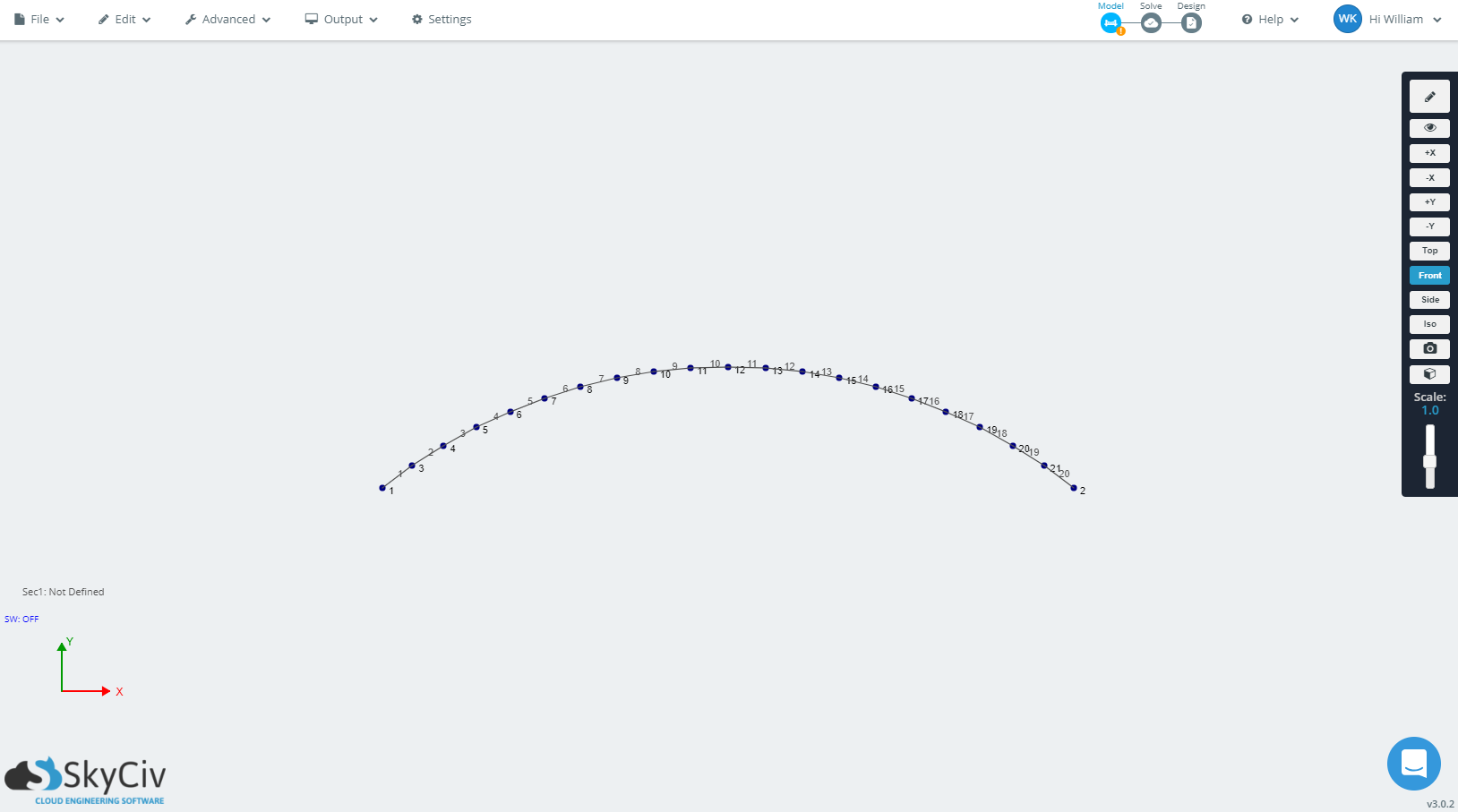 In this example, we will model a spiral structure. The first step is to a node at the origin (0,0,0). 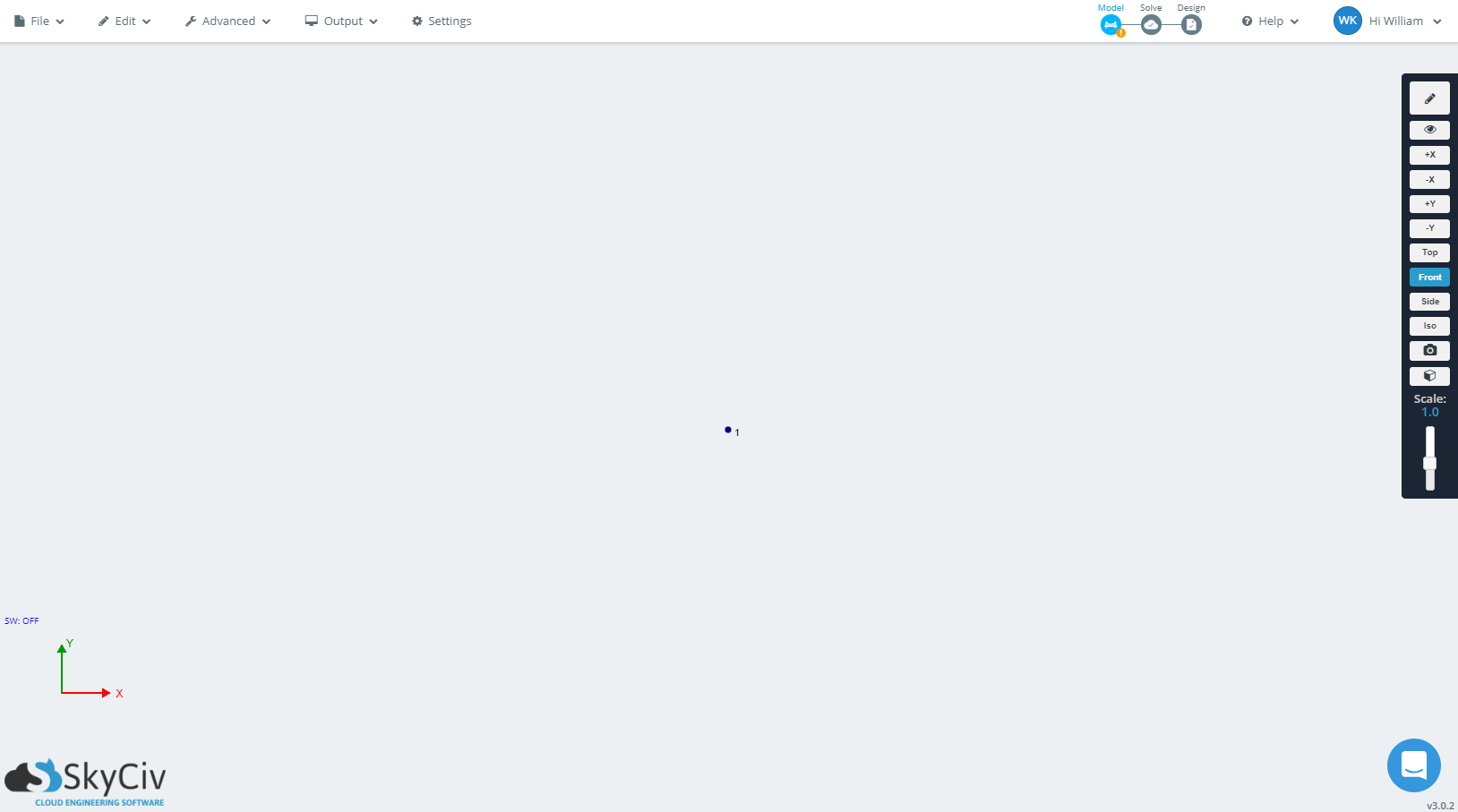 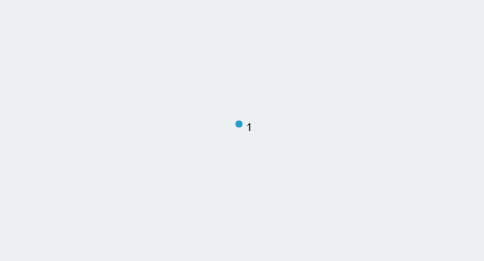 Go to the top toolbar, then Edit > Operations > Spiral Member. 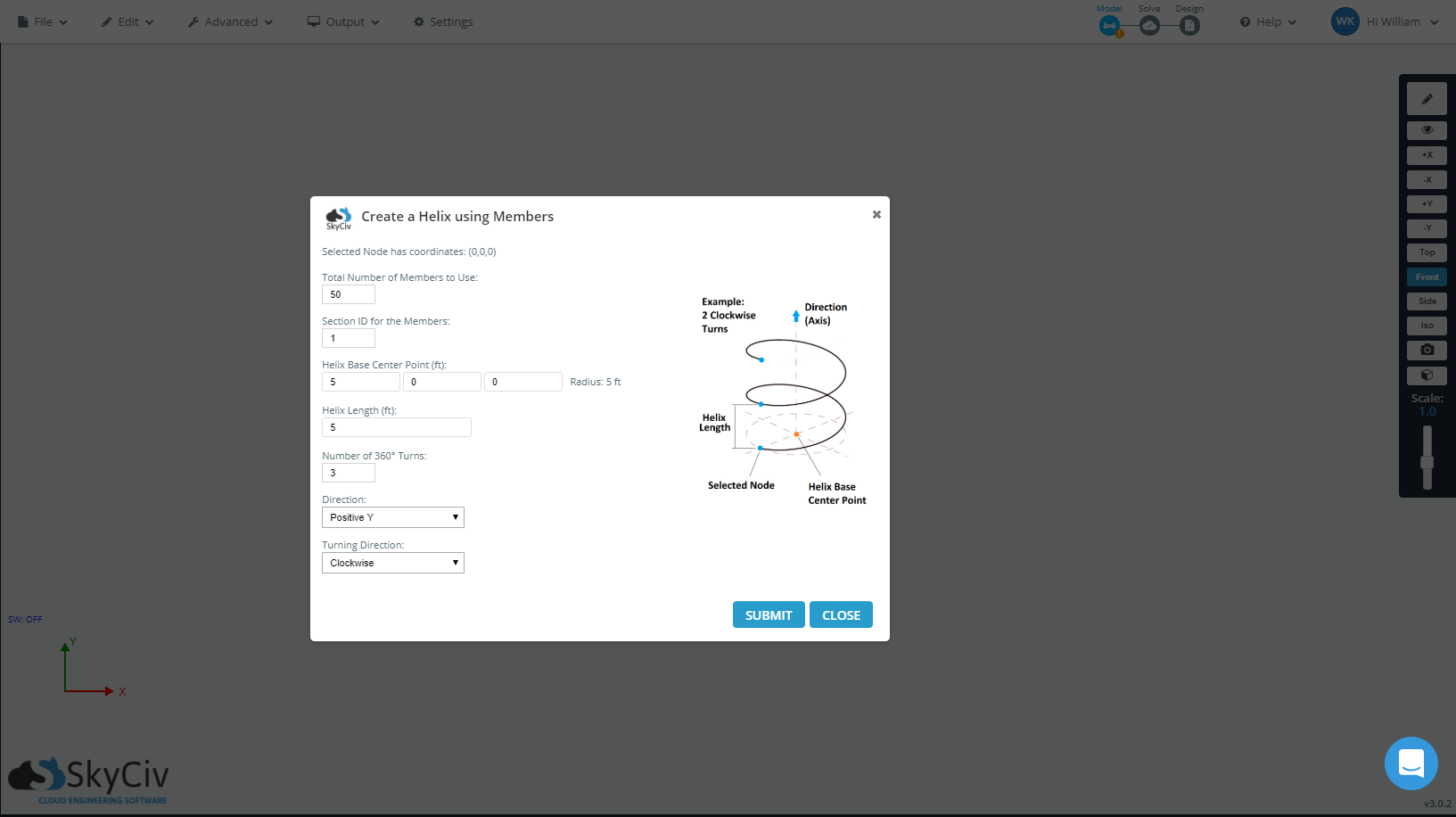 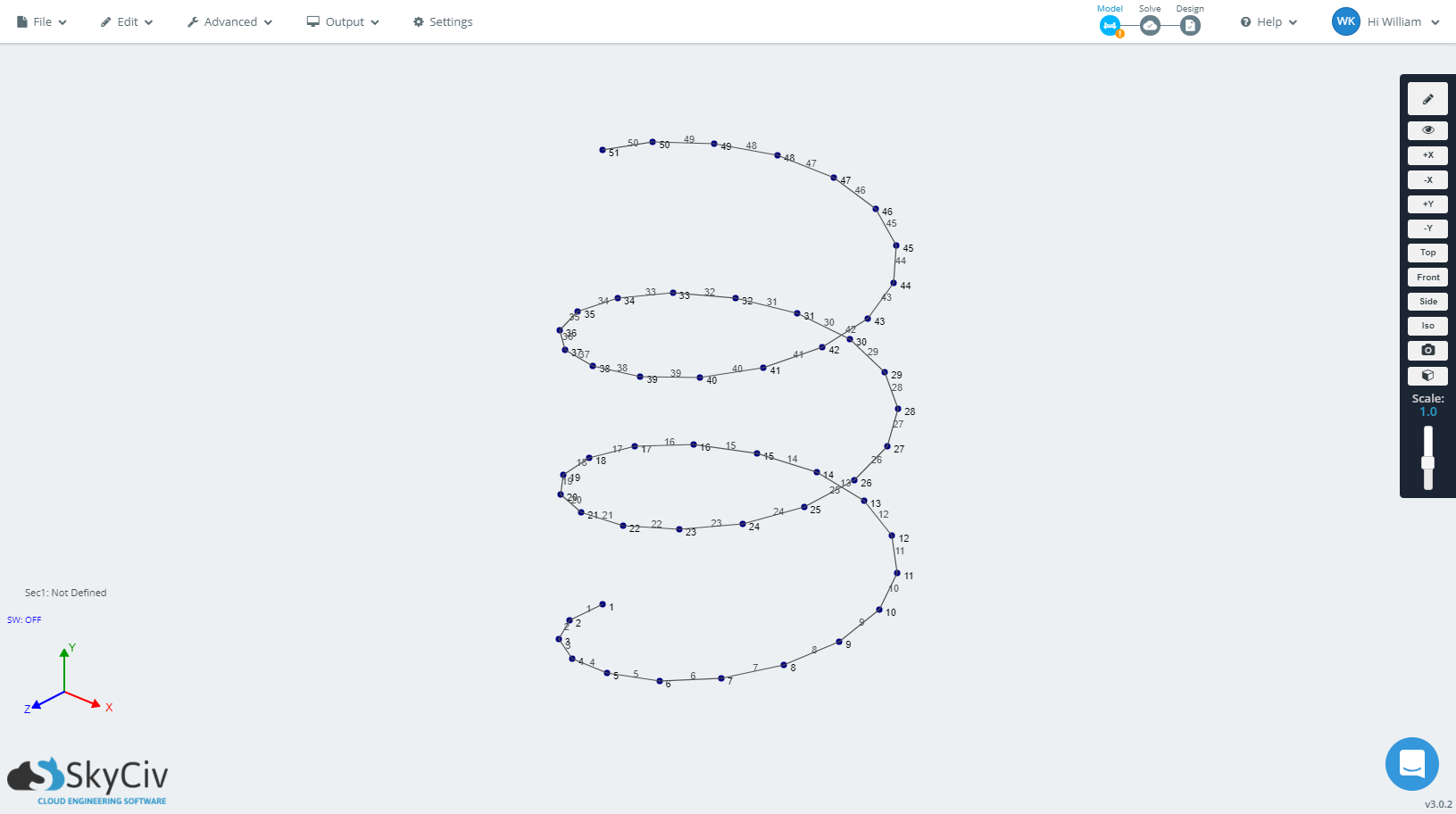