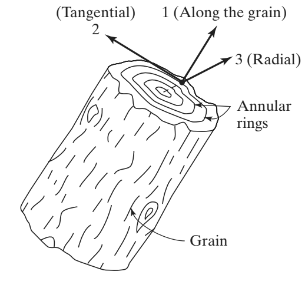 Axis 1 is defined along the grain or fibers; axis 2 is tangential and axis 3 runs radially. The generalized Hooke’s law for this example (and for any other orthotropic material)  can be written as

Therefore, the main difference in an orthotropic material is we have different mechanical properties along the principal axes, that is, “x”, “y”, “z”.

There are some common use cases for plates in structural engineering, that we can summarize as follows: isotropic flat, composite or sandwich and stiffened (W.Jiang et al, 1997).

Isotropic flat plates are regular plates (figure no.2), it is only needed to define a one value for Poisson’s ratio, Young, and shear modulus because the mechanical properties in any direction do not change.

For the two last options, sandwich and stiffened plates (figure no.3), we have to define different mechanical properties in their principal axis. These different values make plates orthotropic.

In an orthotropic plate, we would have two axes with the same stiffness, figure no.3. Axes “x” and “y” lie on a plane, and “z” is perpendicular to it.

The expressions indicated before implies that stiffness in the “x” and “y” directions are higher than “z”. The Poisson’s ratios also show there is more deformation in planes related to the “z” direction than in a plane formed by the “x” and “y” axis.

Description and Set up

To summarize the concepts learned in past sections, we are going to develop an example in SkyCiv. It consists of the analysis of a sandwich wall/slab panel which is built with two shotcrete layers separated by a polystyrene core. We have chosen the next reference for the mechanical properties to be used in modeling: Torres Villavicencio et al. (2013). 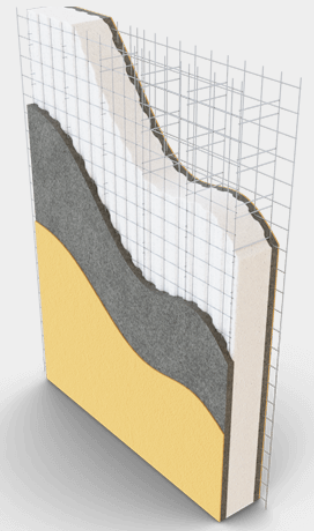 To capture the difference of analysis in plates when we select the advanced options (orthotropic), we develop a short comparison of the panel sandwich described above and an approximation in their mechanical properties using an isotropic approach. The latest case uses values in mechanical properties that do not change along their principal axes.

The goal of this expample is to compare the results in terms of vertical displacement. The model setup is shown in Figure 5. 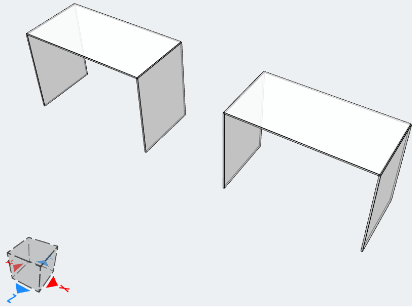 Based on different laboratory tests reports, the orthotropic properties of the panel are (Torres Villavicencio et al, 2013): 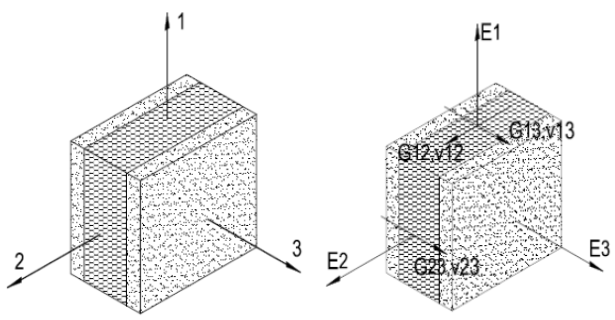 The approximation for the isotropic case are indicated in the table below. 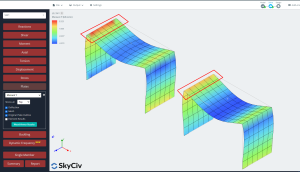 To study the response of both cases, we compare vertical displacement and bending moment results. The orthotropic plate shows smaller deflections and larger bending moments than the isotropic case. We can say that using an orthotropic approach will give us a stiffer element and this will impact the global and local results in an elastic linear analysis.

Get Started for Free

Check out SkyCiv Structural 3D for free today to get a taste of our software!