In this article, we will focus on describing each of the steps to successfully design a Retaining Wall with examples. 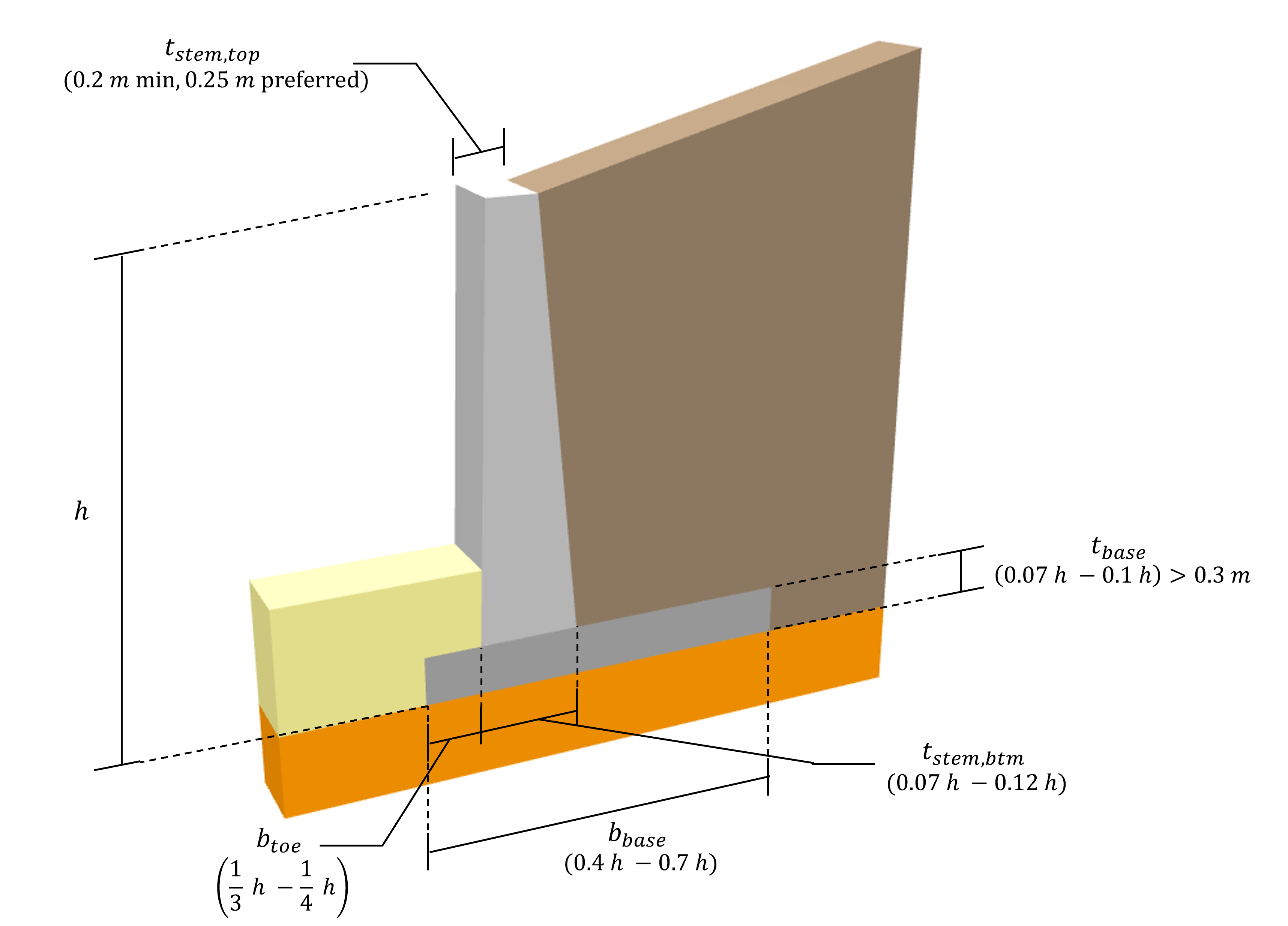 In this case, if the factor of safety is too low, the option is to lengthen the base for the pressure to distribute better. 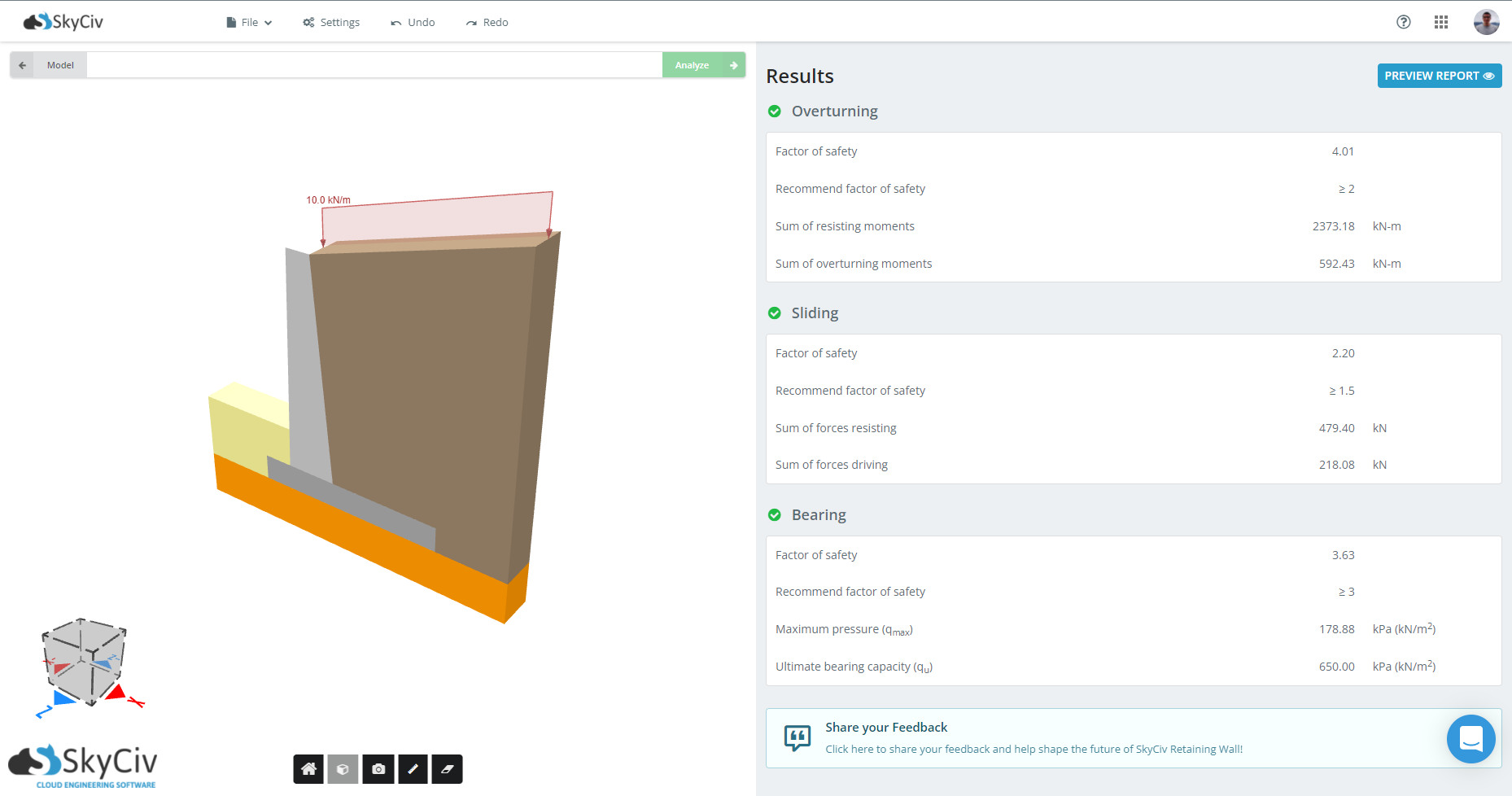 SkyCiv offers a Free Concrete Retaining Wall Calculator that will check overturning moment and perform a stability analysis on your retaining walls.

SkyCiv Retaining Wall Software helps engineers design Cantilever and Gravity retaining walls and is suitable for the calculation of block or concrete walls. The paid version also displays the full calculations, so you can see step by step, how to calculate the stability of a retaining wall against overturning, sliding, and bearing!