What is Eccentric Footing?

In some instances, columns lie eccentric to the center of the footing. Footings that are not concentrically loaded are known as “Eccentric Footings”. In addition, when footings are subjected to an axial load “P” and bending moment “M” or lateral force “H”, the footing will experience unbalanced stress distributions along the base of the footing. This can also be achieved with an axial load acting at an eccentricity “e” from the centroid of the footing.

As a result, the total combined stress at the base of the footing is equal to the sum of the stress due to the axial load over footing area (P/A) and the bending moment over section modulus “S” of footing (M/S).

The pressure is assumed to vary linearly, as shown in Figure 1. This distribution is valid where the axial load falls within the kern of the footing area, that is, where the eccentricity “e” is less than L/6. The following equations shown in Figure 1 for soil pressure (q) can be used to determine the minimum and maximum pressures at the extreme edges of the footing¹.

Figure 1A depicts the footing when the eccentricity is located inside of the kern boundary. The entire footing is still in compression and the soil pressure reacts with a trapezoidal distribution where:

Figure 1B depicts the footing when the eccentricity is located at the kern boundary. The entire footing is still in compression, but the soil pressure now reacts with a triangular distribution where: 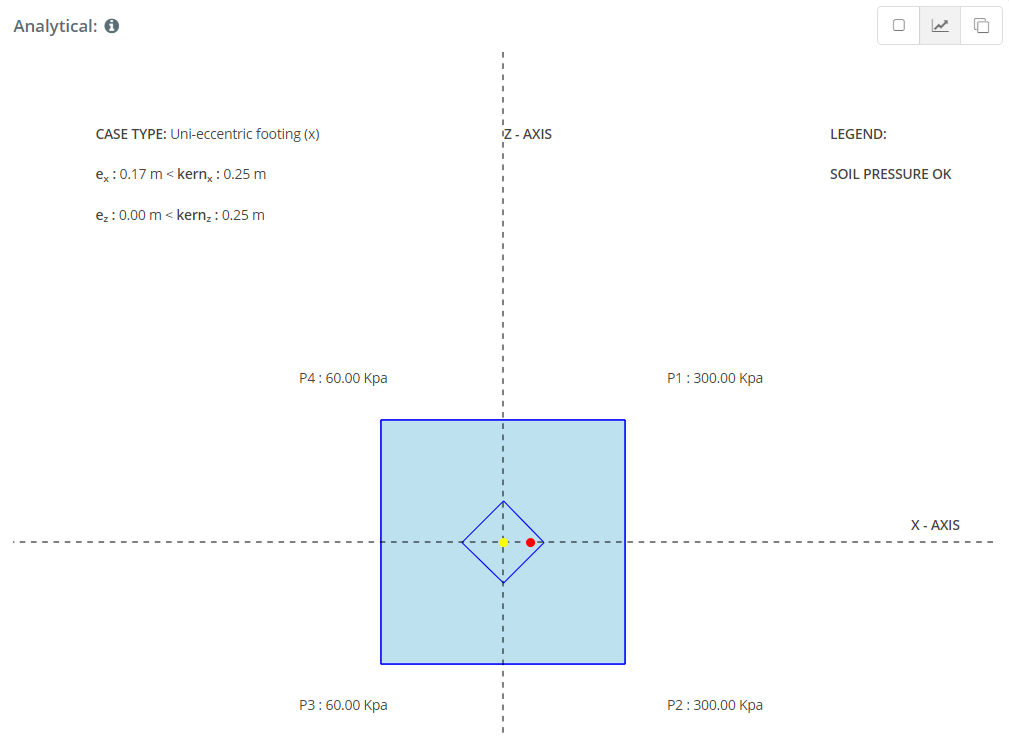 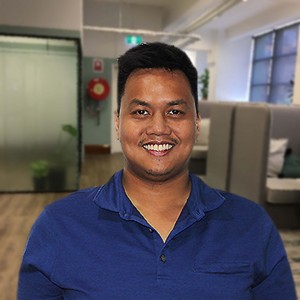