Reinforced concrete and prestressed concrete are both reinforced with longitudinal and transverse steel bars, also known as rebar. The main function of the reinforcement is to strengthen concrete when it undergoes tensile stress.

Let’s take a look at the differences between the two composite materials and their uses.

1. What is reinforced concrete?

Reinforced concrete, or RC, is a composite material used in construction. The low tensile strength and ductility of the concrete are fortified by the addition of reinforcing steel bars having higher tensile strength and ductility. During construction, steel bars are placed inside formwork before concrete is poured. Rebar can also be wired together into a steel cage arrangement beforehand. Concrete is then poured into the formwork and vibrated to remove air voids in the fresh concrete and ensure consolidation of the aggregates within the concrete mixture. It is imperative that the concrete completely surrounds each bar to ensure a strong bond. 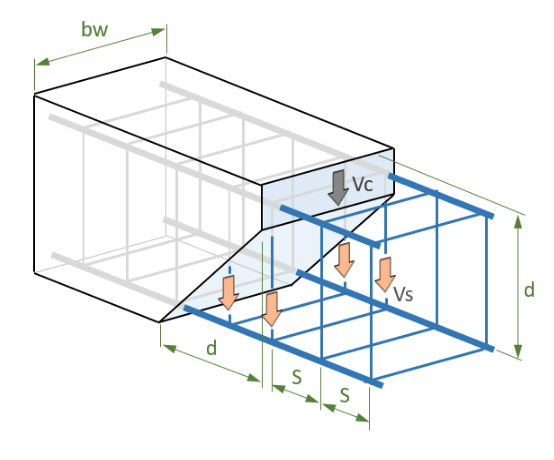 Figure 1: Rectangular concrete beam, with steel rebar is an example of a reinforced concrete member

2. The uses of reinforced concrete

Reinforced Concrete is widely used due to its workability, strength, and availability of its raw materials. It is mainly used as the main members of a particular structure such as columns, piers, piles, beams, slabs, and footings for buildings, houses, dams, bridges, and other similar structures. Reinforced concrete is easily configured to unconventional shapes because it fills the container that it is supporting. This leads to extravagant architectural structures that would otherwise be difficult to build with other materials such as steel and wood. Reinforced concrete is also typically used in public works construction of highway paving and sidewalks. Reinforcing the concrete with steel bars gives the composite section tensile strength that allows for a robust and useful composite building material.

1. What is prestressed concrete

Simply put, it is concrete formed under stress. Reinforcement bars are placed in a form and stressed by the stretching of the bars at each end, inducing tension in the bar. Concrete is poured into the form and all around the bars while they are still being stretched. When they are released, the steel tries to resume its original, shorter, length, and adds a compressive force to the concrete laterally, giving it the strength to span longer distances than normal reinforced concrete.

2. The uses of prestressed concrete

Prestressing is used to make composite beams and piers in large-scale construction such as highway overpasses and commercial buildings. It enables a concrete beam to support weight between piers on either side; without such reinforcing, concrete’s lack of tensile strength would cause it to collapse without support in the middle. 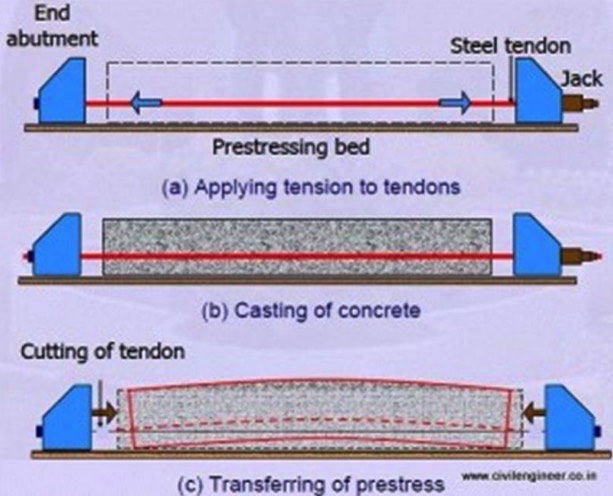 Also don’t forget to check out our Free Reinforced Concrete Design Calculator, a simplified version of the software! Or sign up today to get started! 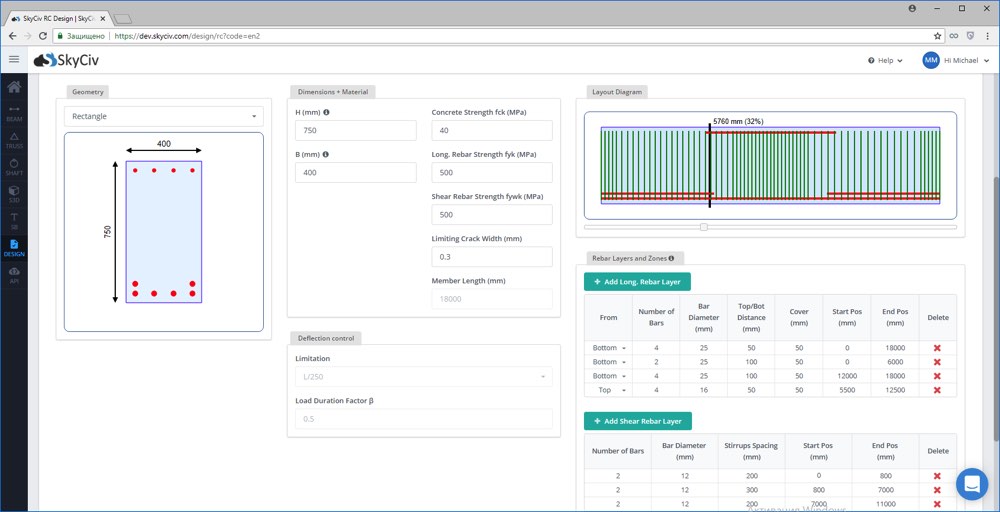