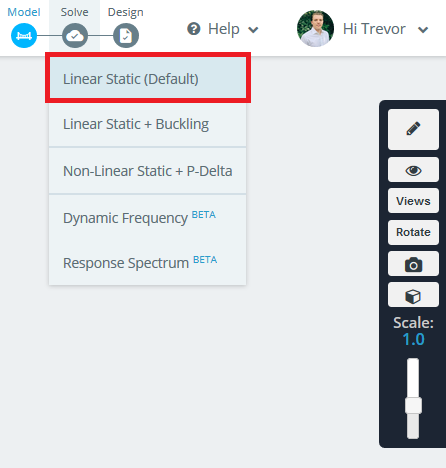 Often, linear analysis is sufficient for the solution of most structures with the structures themselves assumed to have small deformations. Note that modern design codes are written in such a way that there is a large factor of safety already accounted for in the design of a structural element. As the assumptions are elastic, this makes it most ideal with structures that are made of Hookean materials such as steel.