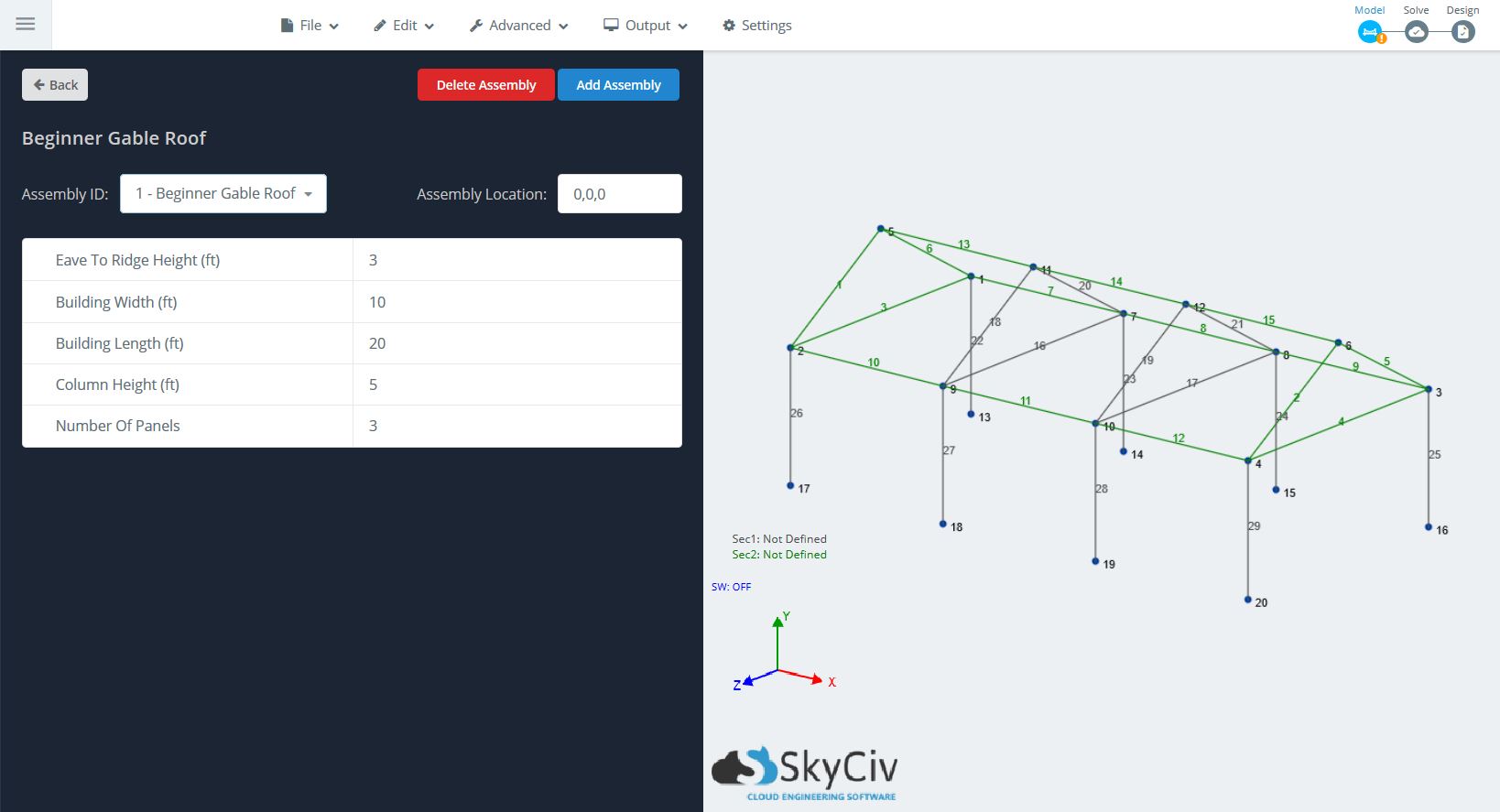 After you are satisfied with your assembly, you can click the ‘Back’ button to go back to the usual Structural 3D window. From here, the workflow is the same to continue modelling your structure. You will need to add materials, supports, loads, and identify sections for the members of the assembly. 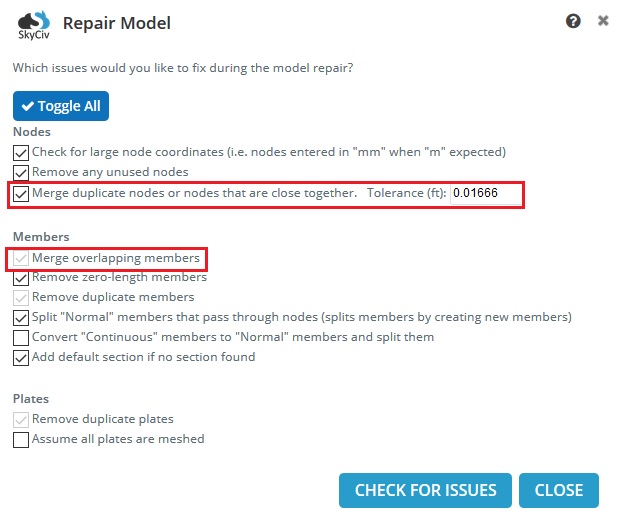