Σε αυτό το σεμινάριο, we will take a brief look at the process of θεμέλιο σχέδιο.

Whether modern structures are made up of Reinforced concrete, ατσάλι, ξύλο, or any other material, they all require foundations to support them. As various types of loads like dead load, ζωντανό φορτίο, φορτίο ανέμου, earthquake load and snow load are acting on the structure, these loads are eventually transferred down to the foundation, which helps transmits them to the earth beneath. It is important to make the foundation strong in order to withstand these loads throughout the service lifespan of the structure. 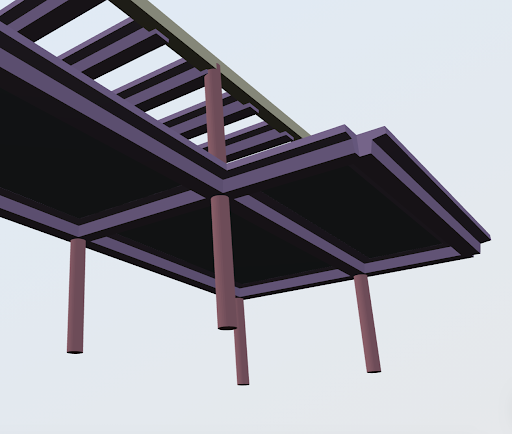 Depending upon depth we know that the foundation can be shallow or deep. ΕΝΑ θεμέλιο βάσης is a shallow foundation type which can be made up of materials like brick masonry or concrete, they are mainly constructed right beneath the wall or column of the structure. 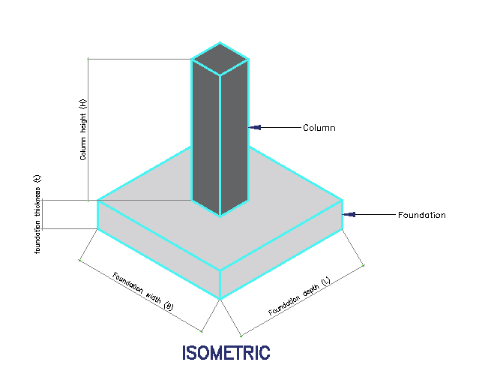 How does the Load Transfer Mechanism work in structures?

Στην πολιτική μηχανική, it is important to know how loading system and load path works in the structure. In any structure the load is applied on the slab which get transferred through beams and in turn beams transfers these loads on to the column which are eventually transferred to the foundation. From here the loads ‘exit’ your structural system and are transferred to the earth or soil beneath it. The foundation must rest on hard strata, thus in most of the structural project the excavation is done in order to find the hard stratum which will help the foundation to rest easily on it without any settlement issues. 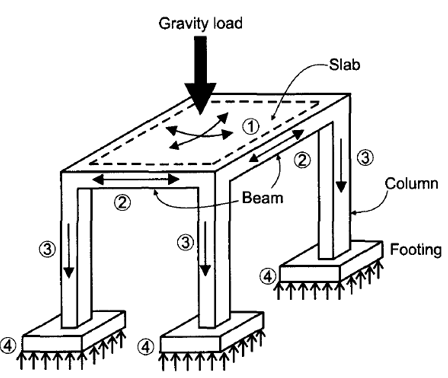 In older days the design of the structural elements like beams, στήλες, slabs were done manually using different set of methods to find shear force, bending moment and other various properties acting on these elements. But in today’s practice designing structural elements with manual calculation will take more effort and time and still it will be prone to human errors in calculations.

The design of the footing foundation is based on the combination of several processes, συμπεριλαμβανομένου:

After doing analysis and getting the end column reactions from FEA software, we need to design as per the requirements of our local standards. This art of the process can be hand calculated, or with the aid of Λογισμικό σχεδιασμού ιδρύματος (Σημείωση: για απλοποιημένη αριθμομηχανή, δοκιμάστε μας δωρεάν υπολογιστής βάσης σκυροδέματος) 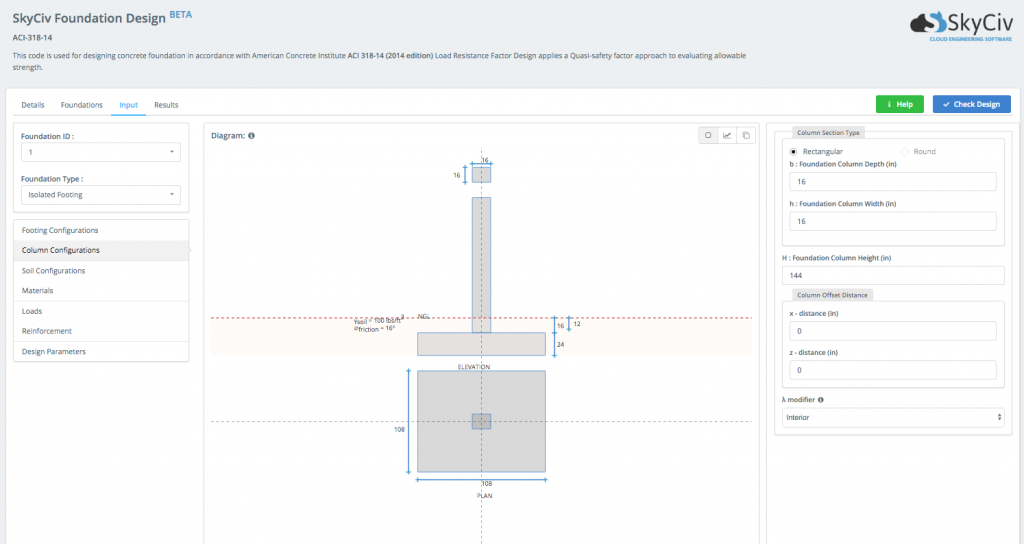 Έλεγχος ανατροπής is completed after finding overturning safety factor which is found by dividing the sum of resisting moments by the sum of overturning moment. Generally this factor should be greater or equal than 1.5.

Συρόμενος έλεγχος is completed after finding sliding safety factor which is found by coefficient of friction between the concrete and soil times the weight of the footing divide by the lateral forces acting on the footing. Generally this factor should be greater or equal than 1.5.

After finding both safety factors of overturning sliding and knowing the coefficient of friction of soil and concrete, these values need to be inserted in design software to get the final design of footing foundation. Από εδώ, a competent engineer will try and reduce the amount of material used in the form of reducing the concrete and/or steel, while still maintaining the minimum requirements as set out by the design code.

Engineers can experiment with different sizes of the foundation, reinforcement arrangement and quantity required to find a result that makes a design more economical, without compromising the structure’s strength or safety. It is common to look at the governing result and determine why the structure is failing, then adjust some input (ενίσχυση, footing dimension) to improve the design.

The footing Foundation design process depends upon various structural processes. These include a soil investigation, running structural analysis of the model structure to get column reactions, design of the foundation and finally optimizing the design. Παρόλο, this is a very simplified explanation of the steps involved, it should give a good indication of the process.