With SkyCiv Structural 3D, users can easily display the reaction forces and moments acting on your structure from the support locations.

Reaction forces and moments are available to be viewed in their components X, E, and Z directions. Check the boxes of the component forces or moments to view the reactions of interest. 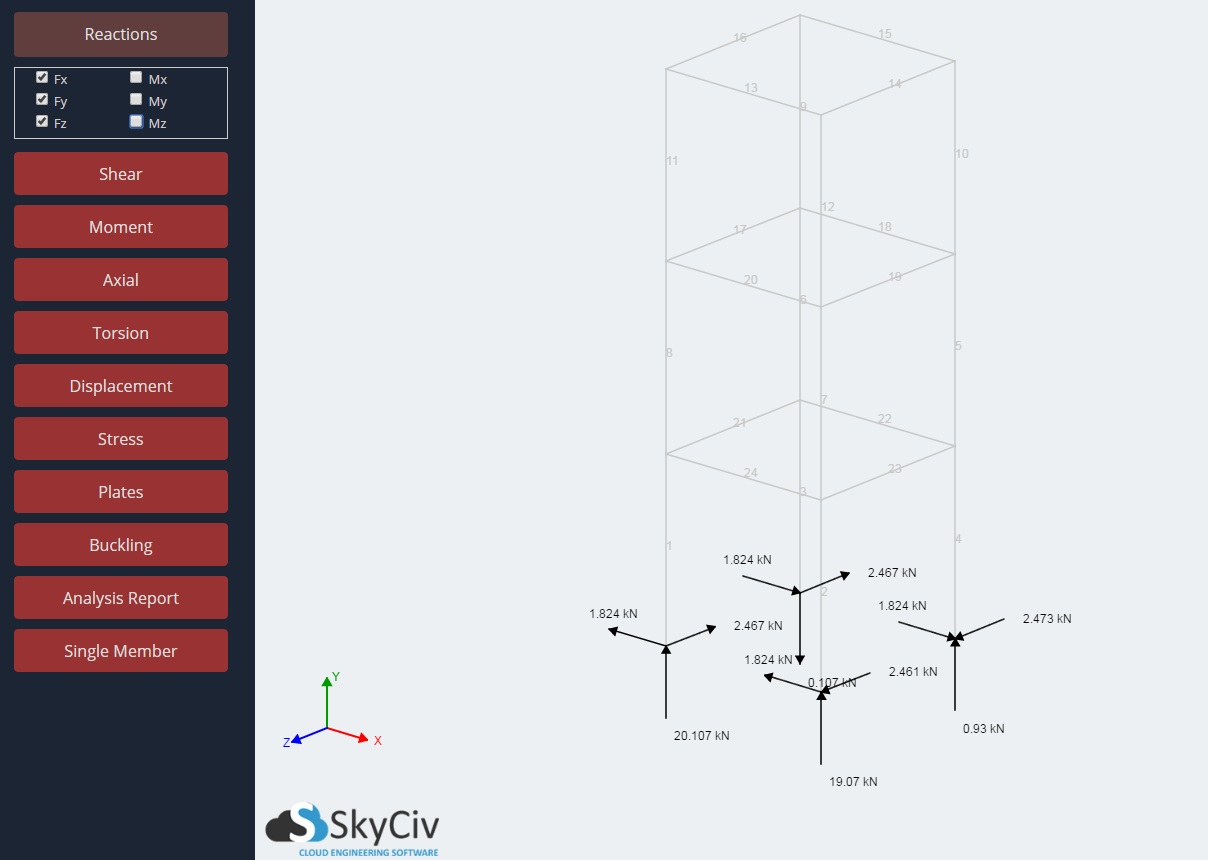 Users also have the ability to control which results are being displayed, by ticking on/off the checkboxes on the right. In questo caso, we are displaying the moment reactions (Mx, Mio, and Mz) solo: 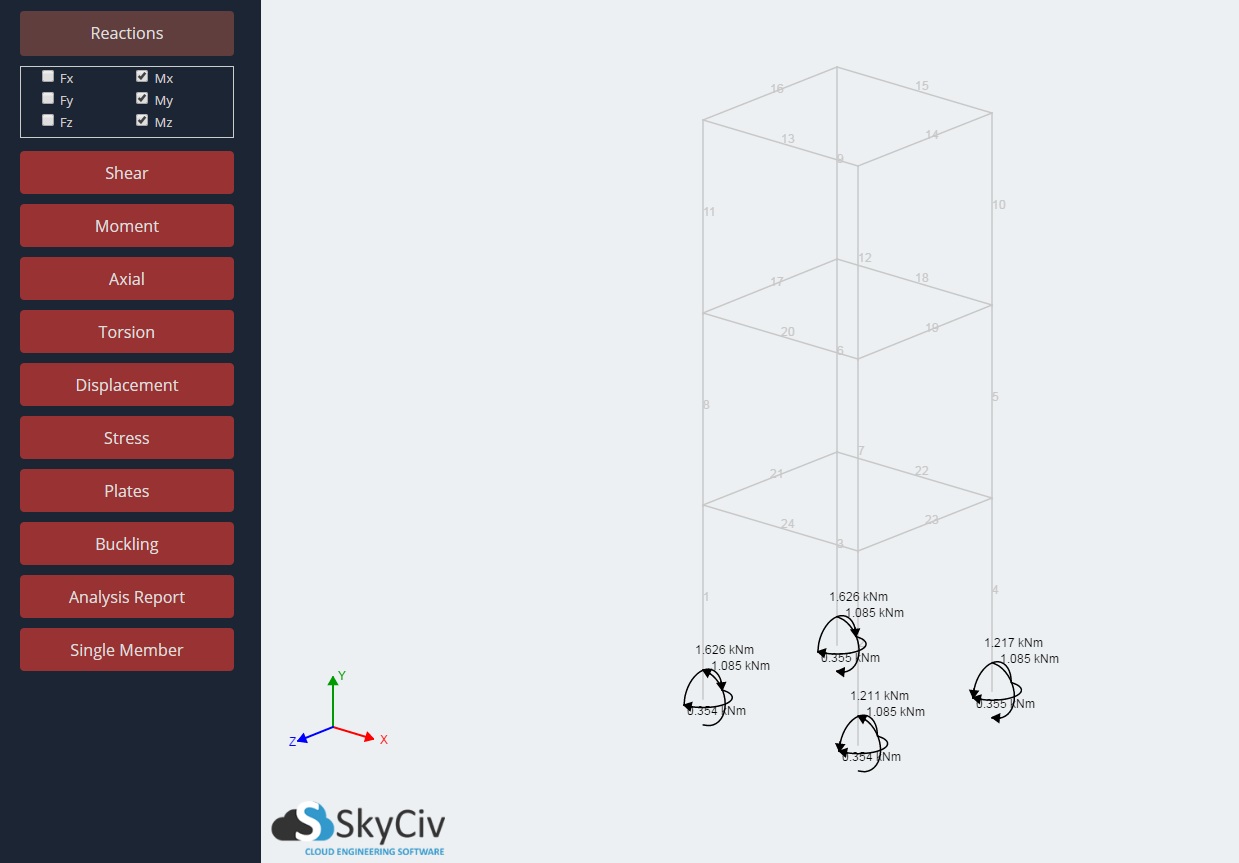 Thank you for your email. An upward arrow would be an upward force (per esempio, supporting traditional forces), whereas a downward arrow would indicate that the structure is uplifting, and the support is keeping it grounded. In entrambi i casi, S3D will display the actual forces without any “-” segni, so the arrow direction is very important in understanding the direction of these reaction forces.

Here is a simple example:

The distribute force causes an upward reaction from supports, this will be displayed in S3D via an upward arrow. In this same system, the far-right support will cause an uplift force on the beam – causing a downward reaction force (denoted by the downward arrow).