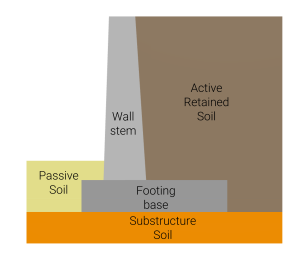 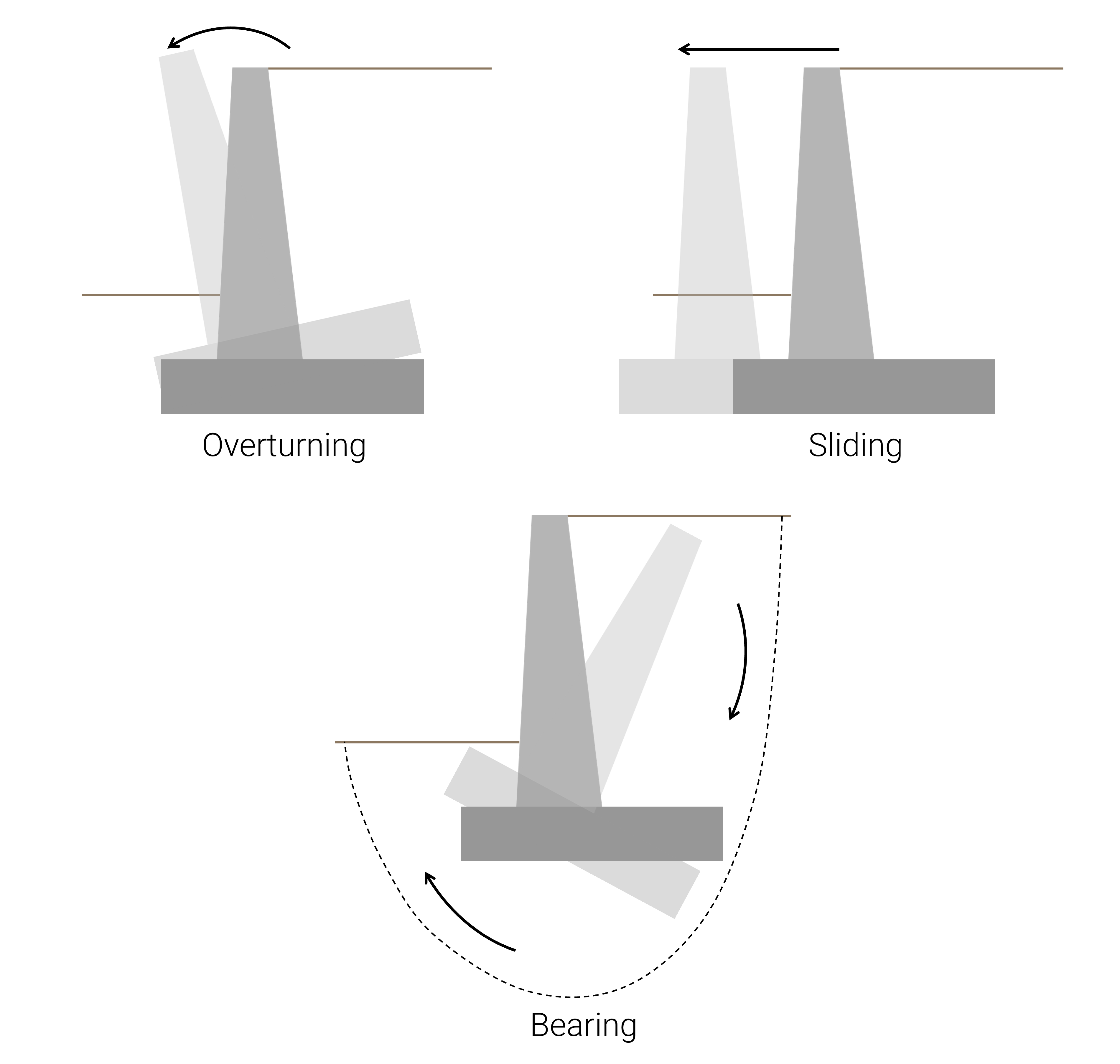 For calculating the Factor of Safety against Met de laatste knop in het menu aan de linkerkant kunt u de waarde van de toeslag wijzigen about the toe (the most bottom-left corner of the base), the sum of resisting moments is divided by the sum of overturning moments. Each of the components for the retaining wall footing overturning factor of safety calculation, is listed below:

A calculation example of the sliding can be found hier, and the sliding check can be performed using the Free SkyCiv Wall Footing Calculator