Testing and Validation of models for the SkyCiv-Revit Plugin

For the sake of comparison, we have developed various types of models in Revit Structures environment and defined with some specific set of parameters in terms of geometry, materialen, section profiles, boundary conditions and loading. These model were then analysed right in the Revit Environment using the SkyCiv-Revit plugin which ultimately fetches the results from SkyCiv’s Structural 3D. The results of analysis were thus obtained which can be viewed right there in the in Revit Environment i.e. User is not required to switch to any other window or environment. Models developed in Revit have to be transferred to RSA via embedded plugin in Revit. User is required to switch to the RSA environment to execute the testing of the transported geometry and performing the analysis. Dus, the models developed in Revit were then imported to RSA to perform the analysis and obtain the analysis results.

In this validation, we will check the following: 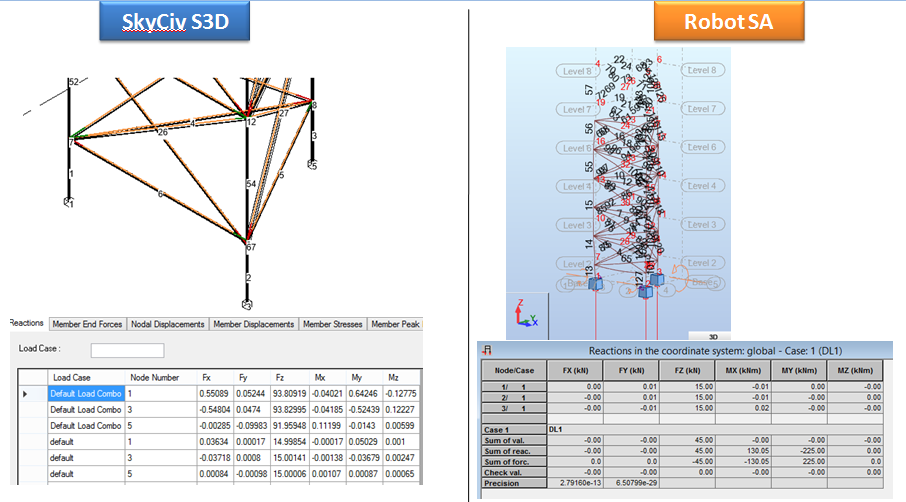 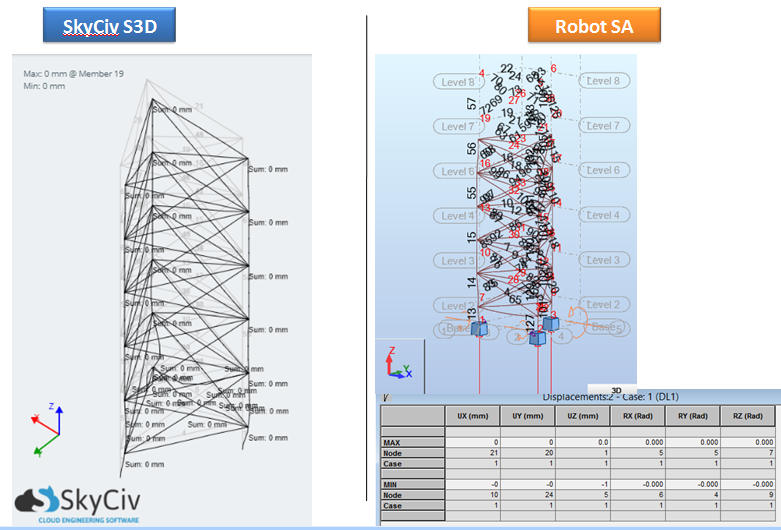 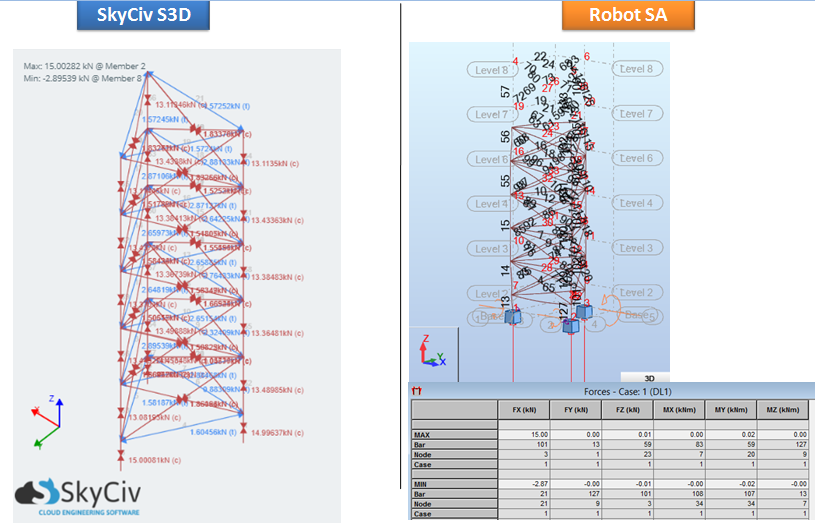 Dus, starting with a simple skeleton type of structure, a couple of similar truss like structures were developed and analysed to validate the results. From the above observations, it is clear that the results are matching on various criteria. Some of the important benefits which can be achieved by use of SkyCiv’s plugin for Revit are:

This verification model is of a flat slab structure having PLATE elements in a meshed form. Hier, one the important aspect to note is meshing for plate element is performed itself in Revit Environment in form of some predefined meshing parameters which can fetch some good accuracy in results. Meshing can be viewed on the 3D model view in Revit. Once the analysis is complete, the results of plate viz. benadrukt, momenten, displacements etc. can be viewed in form of coloured contour diagrams which can give clear understanding about the response of the structure under the given loading conditions. 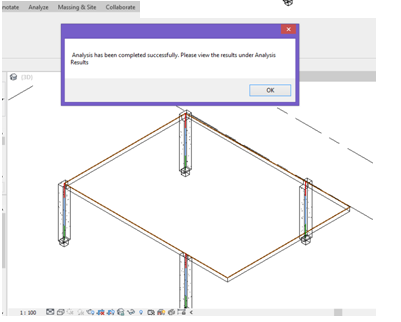 The above picture shows the model developed in Revit, meshing considered by SkyCiv plugin being superimposed on the 3d model in Revit and the message displaying after analysis is successfully completed with the help of the plugin. The plugin also displays the error/warning messages in case if there exists any defect in the model pertaining to modelling/meshing/input parameters. After getting the message of successful completion of the analysis, its now time to look at the results. Hier, we are comparing the analysis results in 3 different environments viz. Revit environment using SkyCiv Plugin Vs. Structural S3D Vs. ROBOT SA. 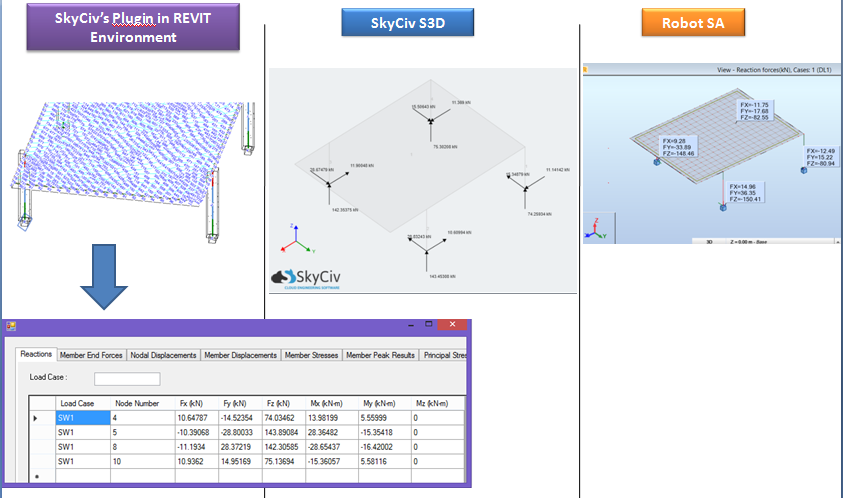 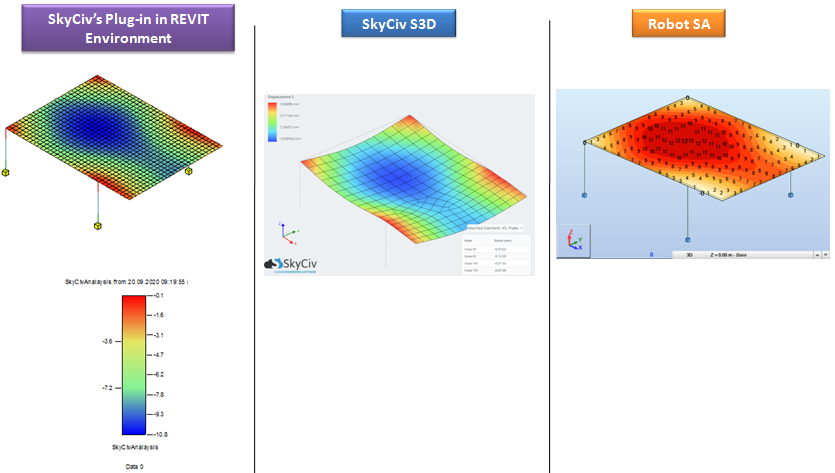 All the types of results were checked and compared in 3 tools being discussed. Only few of them are being presented in this article on sampling basis in form of below snapshots. 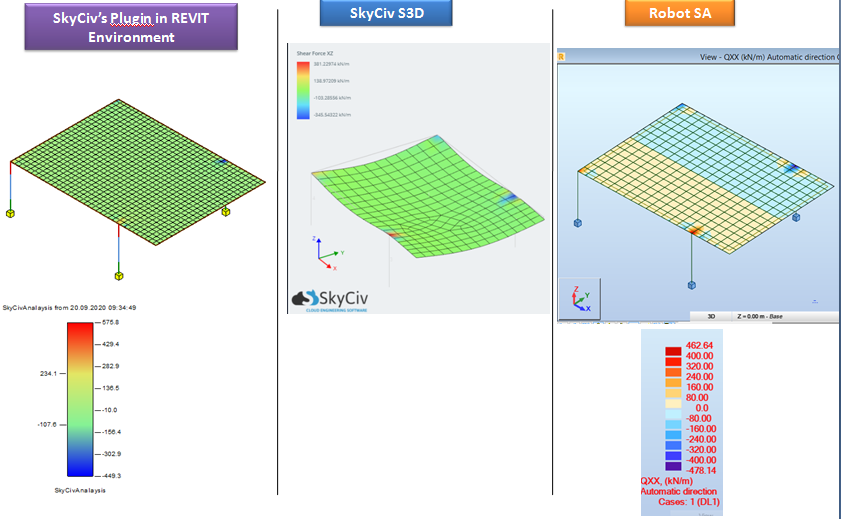 In each of the type of analysis result, the results are found matching with maximum variation by 5 procent.

Verder naar dit, as a next level of complexity, we have also tested the case of PLATE WITH AN OPENING through SkyCiv’s plugin in Revit. In dit geval, the plate with an opening is modelled in Revit Structural. The model was then meshed, analysed and the results were viewed in Revit Environment. Below snapshot given an idea about capability of plugin to handle the complex models/mesh in the same environment. 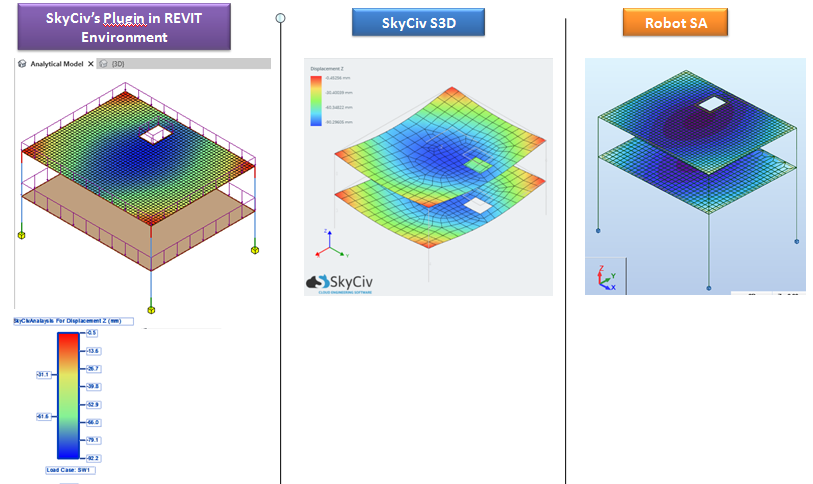 Zo, do try out SkyCiv Plugin for Revit to experience the structural analysis and design as a one shop stop. Experience working smarter, easier and faster with SkyCiv.