SkyCiv has developed a Revit plugin as well as a feature on our own S3D program to allow existing or new users of Revit to import their models into SkyCiv. This can be done either through a local plugin on Revit itself or through the cloud on our platform. It is important to know that as of version 1, the plugin does not support the conversion of complex Revit families. Notitie: users can also export Revit models from Structural 3D, if you’re looking for this please read our article on hoe een Revit-model te exporteren vanuit SkyCiv.

Zoals eerder gezegd, importing can also be done through S3D. Granting users with limited or no access to Revit to still visualize and convert their model to a S3D model. This can be done directly in SkyCiv Structural 3D, door te klikken het dossier – Importeren – Revit: 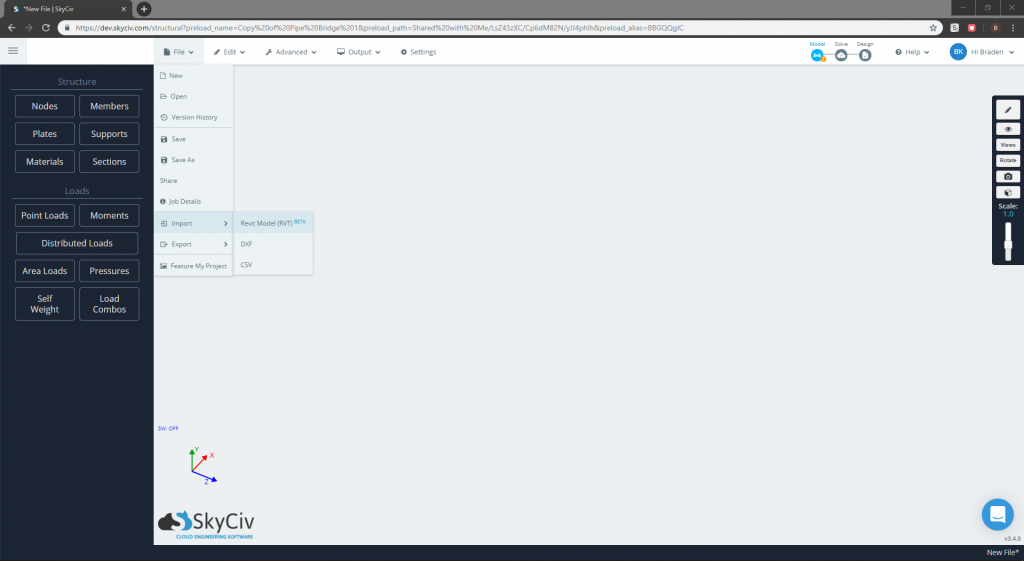 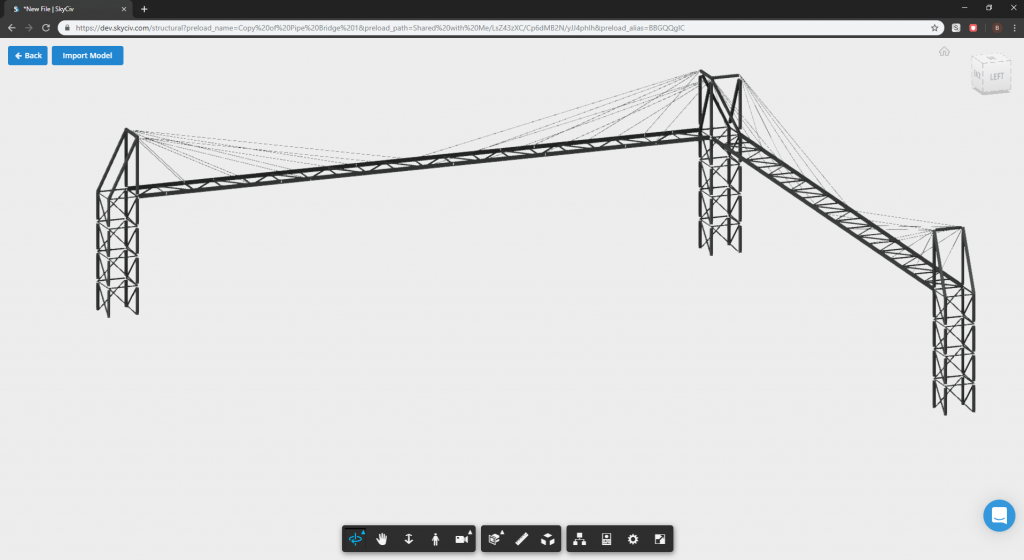 After confirming, the model can then be committed into the S3D work space via the “Model importeren” button which will then start the conversion from the Revit Model to the S3d Model. This process may take awhile depending on how large the model being converted is. The more families the Revit project has, the longer the conversion will take as the plugin would have to manually extract all the data from each family and convert them. If the conversion is successful, users should see the model imported into the S3D work space. 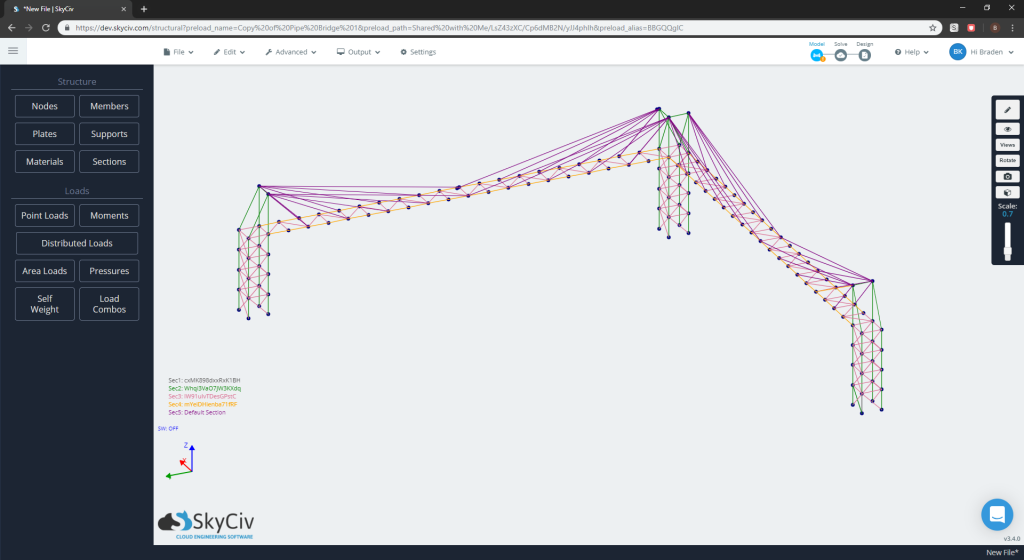 SkyCiv is trying to pull in the Analytical (structural) version of the model, which comprises mostly of lines and nodes. The easiest way to check if a Revit model has an analytical model is to open it up in Autodesk Revit and toggle the analytical model on. You should see something similar to the Rechtsaf image: 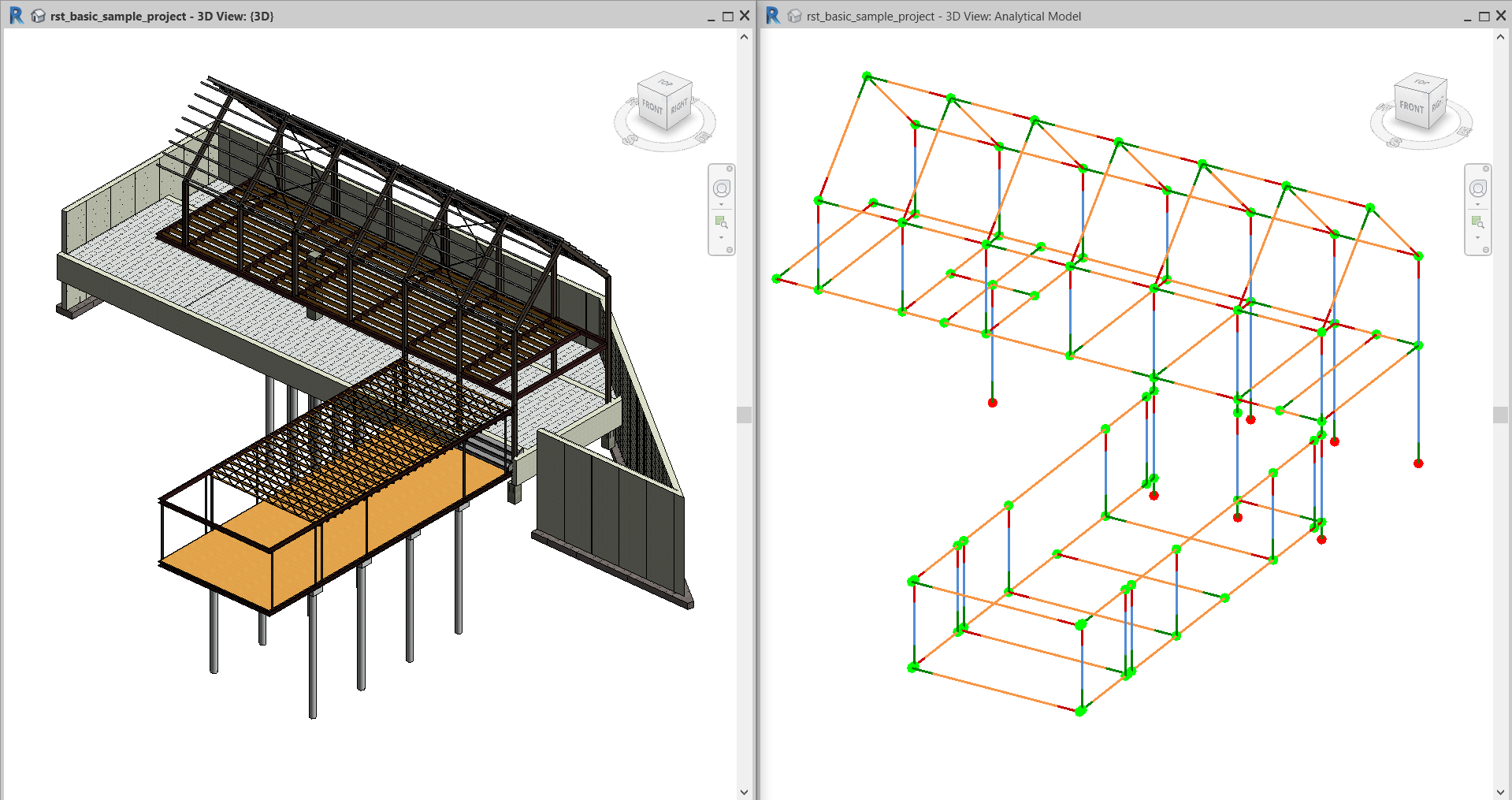