Once the structure is completely modeled and the loads are applied, it is time to solve the system to find all the results that come from the analysis stage: reações, forças internas (força de cisalhamento, momento de flexão, força axial, e torção), deslocamentos, and stresses. Sometimes things do not go as expected and when it comes to solving, you may get an annoying message saying “Solve Failed! Check your structure set up, as the model is probably unstable”, and chances are that you do not know exactly what is wrong with the model. Este artigo explica o conceito de estabilidade estrutural juntamente com determinação e indeterminação estática que são tópicos muito relacionados, it also presents some tips for troubleshooting an unstable model.

An internally stable structure can be taken as statically determinate externally if all its support reactions can be solved by solving the equations of equilibrium. For planar structures under in-plane loads, there need to be three supporting reactions for the structure to be in equilibrium. Além disso, since there are only three equilibrium equations available, three reactions can be found at the most, so there should be exactly three reactions supporting the plane structure. Some examples of externally statically determinate planar structures are shown in the following picture: 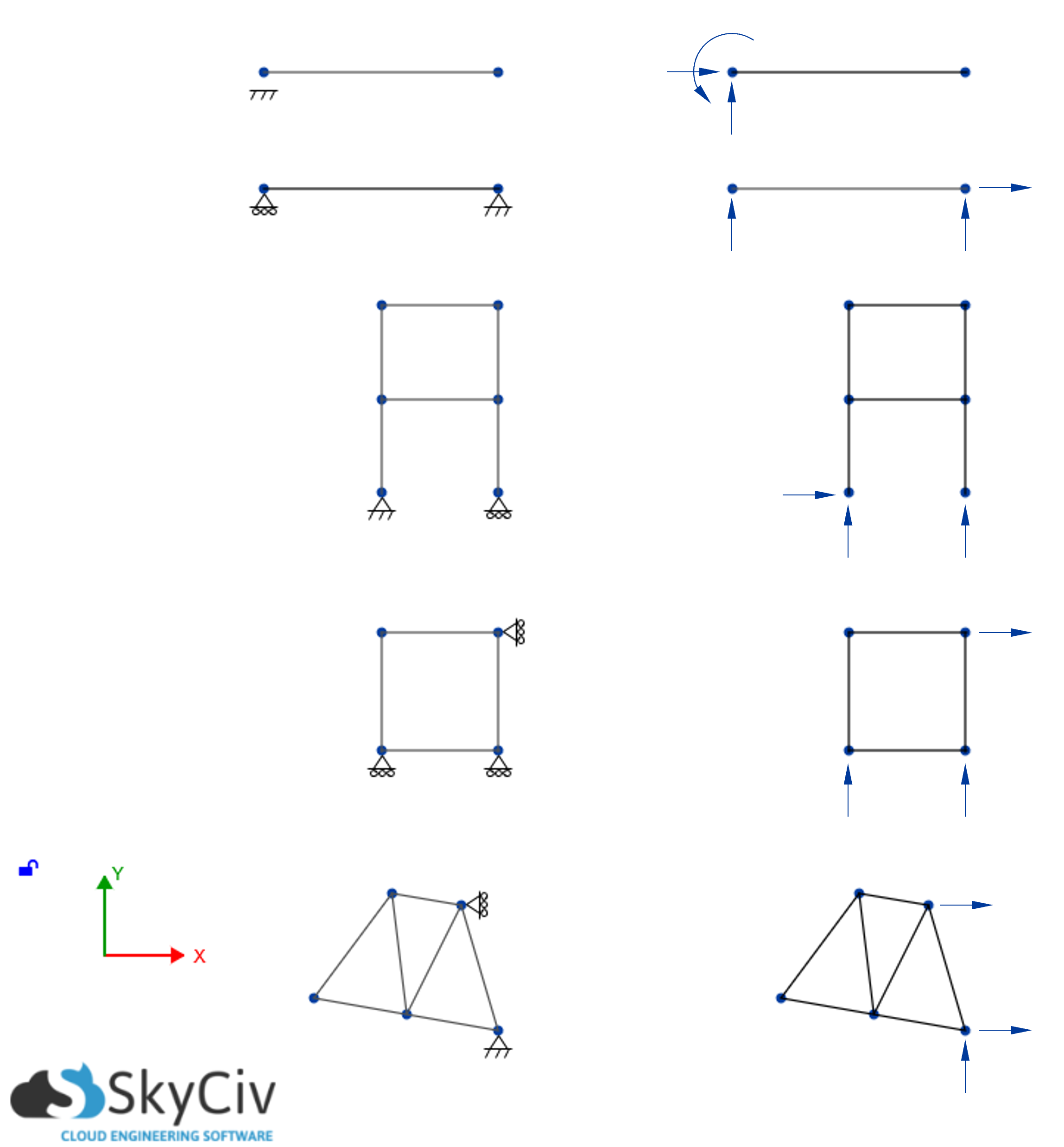 Onde \(r\) is the number of reactions that support the structure.

Internally unstable structures are those that when detached from the supports cannot hold their original shape. Without supports, the members of the structure would undergo large displacements with respect to each other. To define the static determinacy, indeterminacy, and external stability of these structures, the equations change due to the additional equations of condition that come into play accounting for the special connections between members. The special connections are those that do not transmit moment, força de cisalhamento, or axial force.

Como um exemplo, consider the structure in the picture below (top section), it is clearly supported by three reactions, but those are not enough for guaranteeing equilibrium under the applied in-plane forces thanks to the presence of the hinge between the members, it needs a fourth non-parallel, non-concurrent reaction to ensure equilibrium (bottom section). 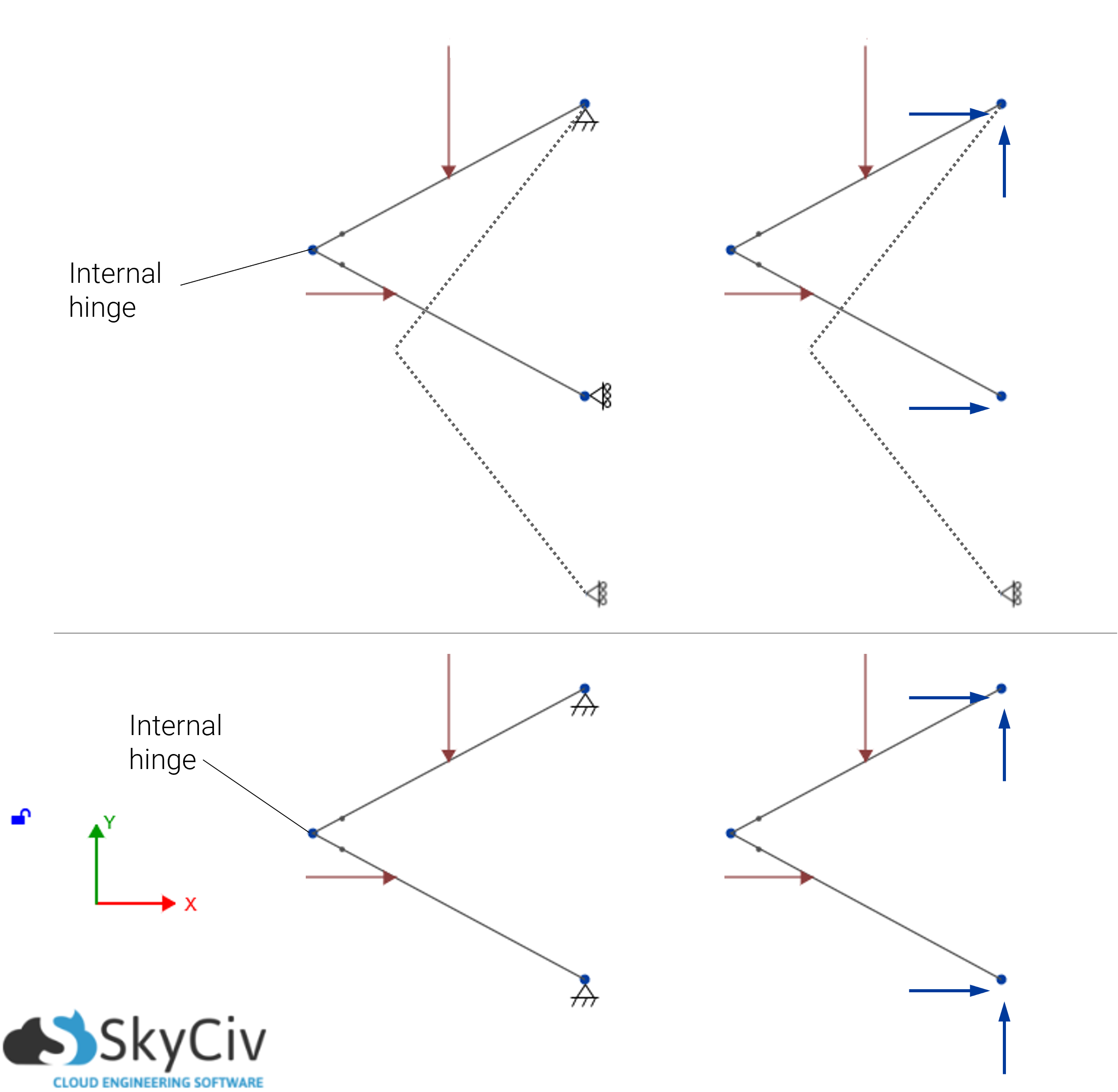