Open Web Steel Joists are commonly used, especially in the United States, thanks to their high strength-to-weight ratio compared to other structural materials and elements. SkyCiv gives users the ability to identify members and quickly check capacity from a variety of series outlined by SJI’s Load Tables.

Observação: When selecting the Joist member type, Structural 3D will force the corresponding end fixities (FFFRRR) so that it can run the analysis

What is happening in Structural 3D?

Members in Structural 3D act as extruded sections identified in the Section Builder. The Standard Load tables presented by SJI Therefore, because joist cross-sections vary along their length, SkyCiv uses the Virtual Joist library to estimate the properties of each joist designation.

Structural 3D will pick the correct joist size based on the series selected, member span, and UDL magnitude. Then it will find the closest corresponding Virtual Joist to fill out the remaining section properties so that the structural analysis can run. Because of the limitations on analysis, the joist should not be experiencing any resultant lateral forces.

How to Design a OWSJ in Structural 3D & Exemplo

Find the member you want to design, and turn on the ‘Advanced’ definições. Change the member ‘Type’ to ‘Joist’ and hit ‘Apply’. Some fields will be consolidated (such as end fixities) 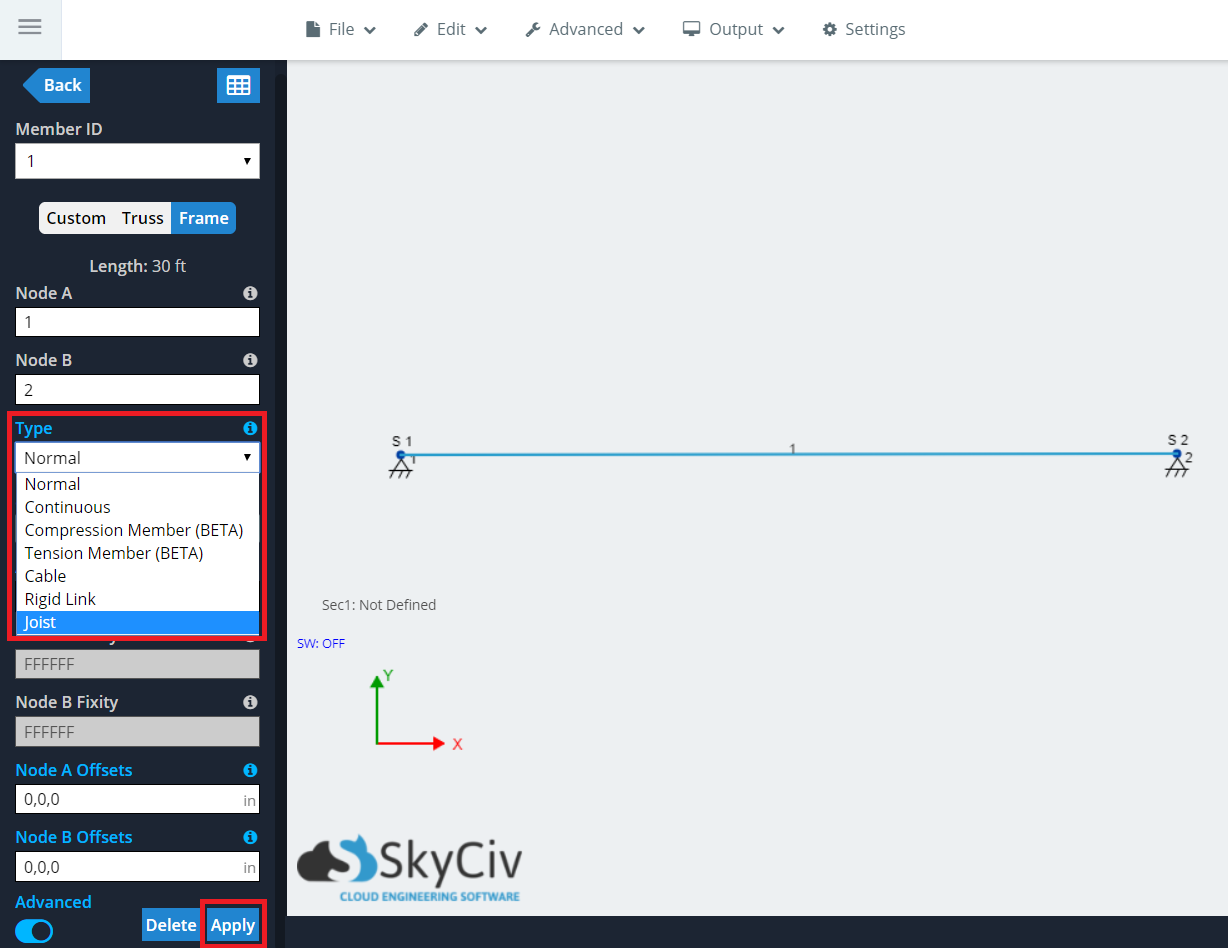 Apply a load such that the resultant load is a UDL.

Click on ‘Design Joist (SJI)’ button to bring up the design window:

Impose a depth limit, select the series, identify the load case, and click on ‘Pick Joist’. The chosen joist will show up along with the unity ratio. To commit that joist to your member, either click on the blue ‘Commit Changes’ text or the gray arrow to the right of the field.

Observação: If there are no suitable joists or the member is experiencing a variation in load, you will receive an error. 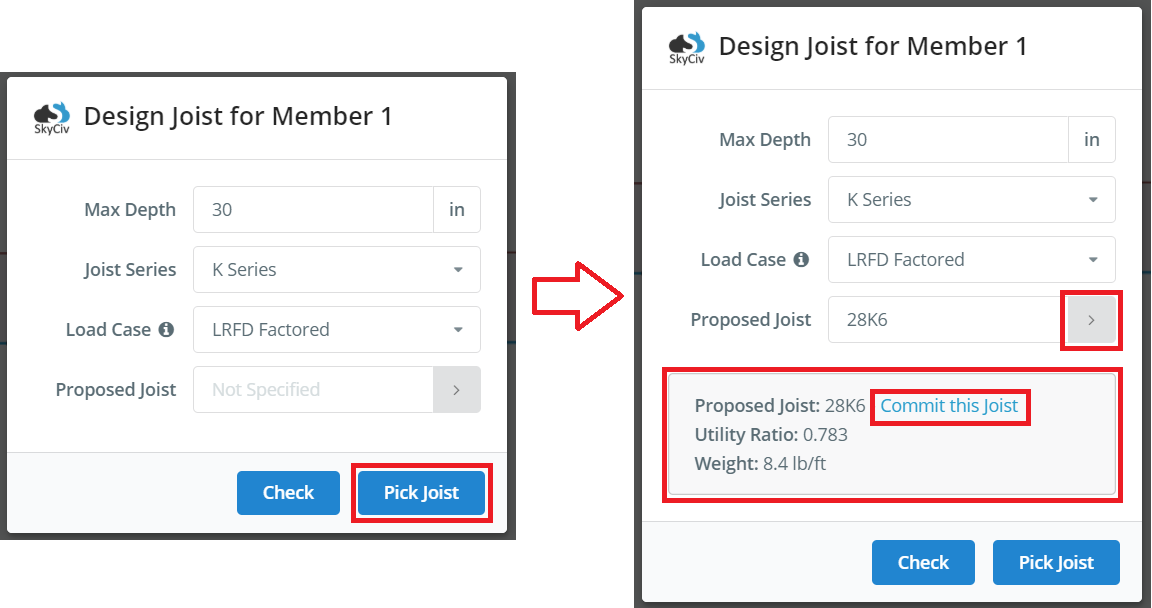 The subsequent joist selection and virtual joist representation will be brought into the project as a section and directly applied to that member.

Observação: Joist sizes can be written in/edited and individually checked for design using the ‘Check’ botão. Always make sure to commit any changes to the joist size to bring it into your model.

Return values are based on the specified dimensional and load conditions of the joist in S3D.

Error messages are based on user input violation of specific criteria in the SJI loading tables. Explanation of error messages and possible solutions are provided below:

Explanation: This is an error returned by the check functionality. It occurs when the joist designation input by the user to check is not present in the SJI load tables for the span specified in S3D.

Explanation: This is an error returned by the pick functionality. A valid joist cannot be selected from the SJI loading tables. It occurs when applied loading conditions exceed the maximum safe applicable load for the proposed joist characteristics.

Explanation: This is an error returned by the check functionality. It occurs when the applied load is too large for the specified joist and load case – anything over 1.0 is a fail.

Explanation: This is an error returned by the pick functionality. It occurs when the proposed maximum depth of the joist is too small for the selected joist span and load case.