SkyCiv Structural 3D and its Finite Element Method (FEM) solver have increased in functionality with the addition of SkyCiv's Dynamic Frequency + Response Spectrum Analysis, along with other recent updates. This solver operates on the cloud to remove obstacles and performance issues that can arise from having your FEM software run locally. The following Structural 3D model review aims to (1) demonstrate how the SkyCiv API can be used to model a structure of this size, (2) verify the accuracy of SkyCiv's FEM solver and (3) demonstrate the power of the SkyCiv FEM on a large model.

The Banghwa Bridge in Seoul, Korea is a girder supported bridge, boasting a 540m long truss, with the middle 180m span being an arched. Because it connects traffic to Incheon International Airport Expressway, the design was intended to resemble an airplane taking off. As the name suggests, a girder bridge is one that uses girders (or beams) to support the main deck of the bridge. With extended decking, the bridge spans a total of 2,559 m over the Han River. 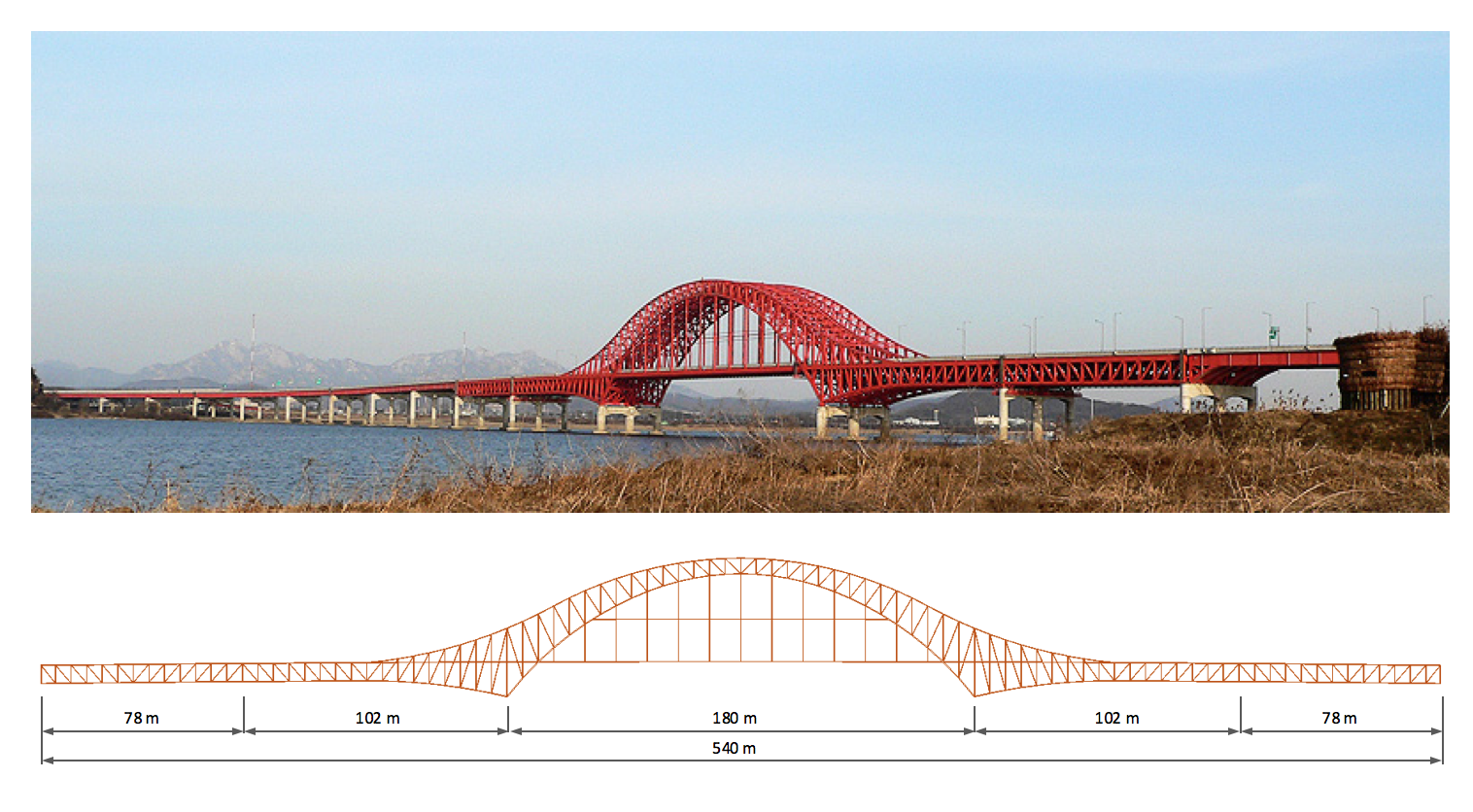 FEM is the main tool in performing intensive structural analysis on all kinds of structures around the world. For a structure of this magnitude, it was decided that the generation of such a large Finite Element (FE) model should be facilitated with commands via the SkyCiv API. For a detailed guide to how this model was imported using our API, visit our full TechNote article.

The FE model of the bridge was transferred to SkyCiv Structural 3D from the SIMULIA Abaqus software. Here, the FE model is completely composed of 3D Tymoshenko beam FE with 6th degrees-of-freedom (DOF). The material of all elements has an Elastic Modulus is 210,000 MPa, and a density of 76.98 kN/m3. The stiffness of all elements is presented numerically. To describe the behavior of elements under compression-tension, bending, shear and torsion, each section must have defined characteristics such as cross section area, effective areas, torsional resistance and moments of inertia.

The transfer of data was performed by exporting the text file of data from SIMULIA Abaqus and running a small script to convert this data into SkyCiv API Data. Running this script, we are able to fully generate our FEM model in SkyCiv Structural 3D:

The model was used to verify the result of the original Finite Element Analysis (FEA) and the overall performance and accuracy of the model.

The comparison was made on two mode shape results from the dynamic frequency analysis.

The following is a comparison of the eigenmodes and eigenvalues of structures based on the nodal masses of the elements converted from their own weight. The first eigenmode displays bending of members in the plane of the bridge truss. In SkyCiv, the frequency is 0.991 Hz, verifying the frequency result of 0.981 Hz obtained from SIMULIA Abaqus. The second eigenmode is characterized by the transverse bending of the bridge deck in the horizontal plane. In SkyCiv, the frequency is 1.77 Hz, and in SIMULIA Abaqus the frequency is 1.72 Hz. As shown, the structure eigenmodes in both software are nearly identical. The discrepancy between the eigenvalues between the software is smaller than 3%.

Comparison is started from a static calculation with the action of the structure self-weight only. The self-weight is applied by the software automatically in the form of a distributed load, which is determined by multiplying the cross-sectional area of the element by the density of its material

Results of the static analysis were reviewed and compared in terms of peak deflection that occurred at the midspan of the bridge. The results were found to be comparable with a negligible variation of around 0.4%.

A summary of the model verification can be reviewed below:

Read full TechNote
We hope this article shows the capabilities and accuracy of the SkyCiv API when used correctly, and how it is able to transfer models from almost any 3rd party format. The minimal variance among the analytical results of such a large-scale structure directly verifies the performance of SkyCiv FEM solver. 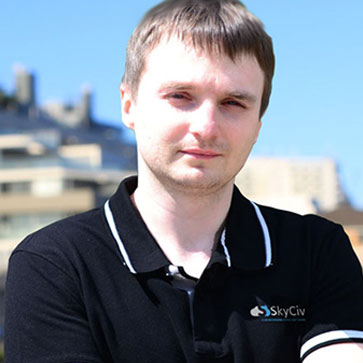