How to Design a Shear Connection

How to Design a Shear Connection
A shear connection is a joint that allows the transfer of shear forces between two members. It is a connection with pure normal force load (tension joint), pure shear loading, or combination of normal and shear force. Shear connections are generally the most commonly used connections. They are typically used to connect beams with other beams or columns. Such connections transfer shear, with minimum rotational restraint, as opposed to moment connections. This can help reduce the reliance on moment connections, which are often more complex and costly. Shear connectors are normally used in fabricated steel structures, such as railway bridges, deck slab, metro train platforms, etc... Here are some types of the shear connections: 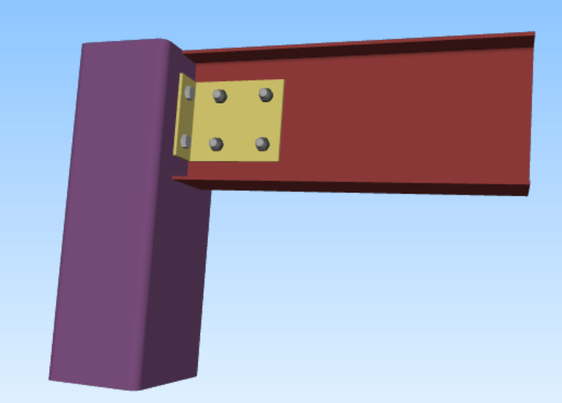 In this section, we will discuss about single plate (fin plate) shear connections (Picture 2). Fin plate connections are economical to fabricate and simple to erect. These connections are also popular, as they can be the quickest connections to erect and overcome the problem of shared bolts in two-sided connections.

Picture 2. Single plate shear connection
The behavior of single plate shear connections is affected by the support conditions, which are idealized as being either flexible or rigid. If the beam is supported by an ideal flexible support such as a beam, which is torsionally unrestrained, then the beam end rotation is entirely accommodated by rotation of the support. However if the beam is supported by a fully rigid support, such as the flange of a W-shape column, then the welded edge of the plate will remain firmly connected with the parent member when loaded by a gravity shear force and rotation is accommodated by deformation within the connection. In the ideal flexible connection, the inflection point is at the face of the supporting member; but in the ideal rigid connection the inflection point moves away from the face of the supporting member. Since “real” supports seldom behave exactly as flexible or rigid connections, redundant design procedures are necessary to provide a safe and efficient design. A typical single plate shear connection is composed of three parts: support, connector and beam. The support may be another beam or girder, a column flange, or a column web (Picture 3). The connector may be either bolted or welded to the support and to the beam. For example, a connector bolted to the support and welded to the beam forms a “bolted-welded” shear connection. 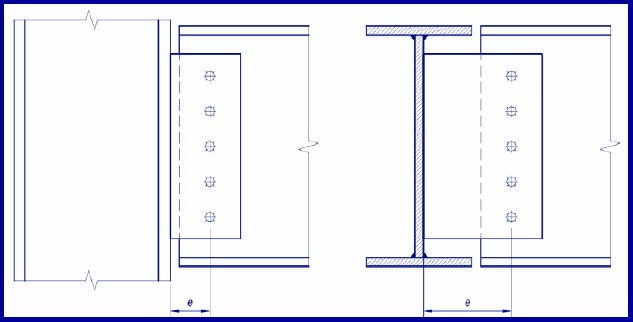 Picture 4. Defining design code, category and type of the shear connection
By setting the design factors (member, bolt and weld factors), the next step in the design is with creating a connection assembly (Picture 5)  to which the forces can be assigned (Picture 6) and the behaviour of the single plate shear connection can be simulated. 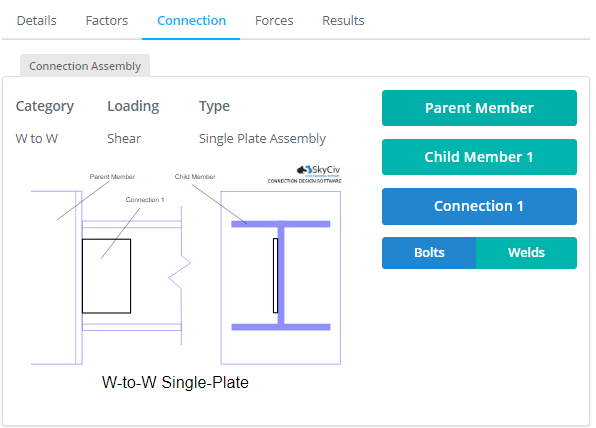 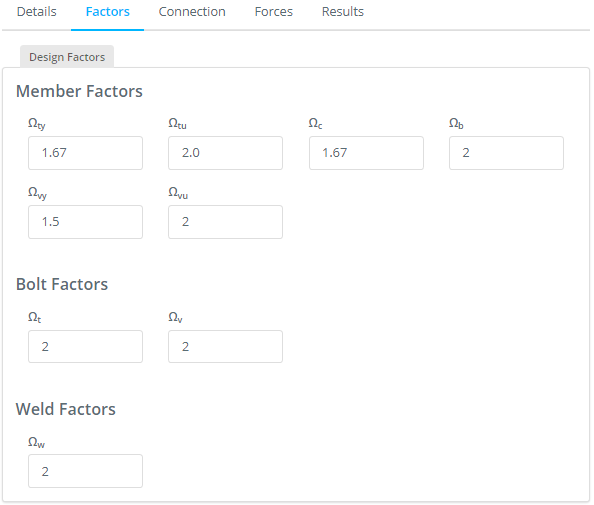 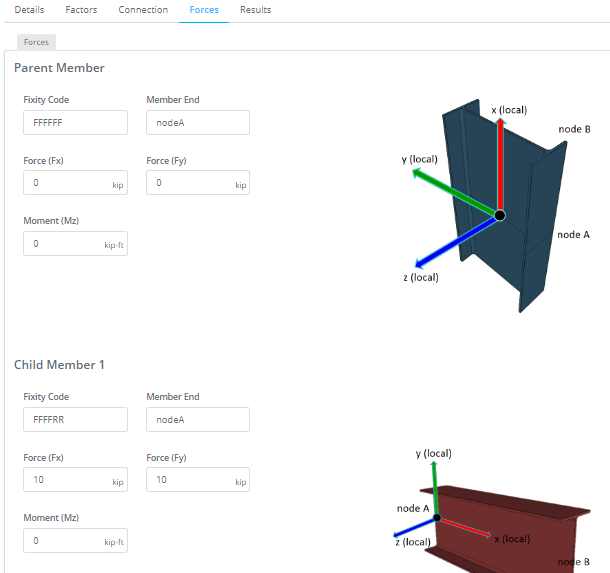 Picture 6. Assigning the forces to a child member
After simulating the behaviour of single plate shear connection, the results (Picture 7) will be given in accordance with American Standard AISC 360-10 (14th Edition).

Picture 7. Results
The software will also produce a step-by-step guide of the connection shear design calculations for the user's reference. Click the 'Report' icon to view the design output. For a detailed view of this worked example, feel free to download the detailed worked example of a shear connection design - produced by SkyCiv Connection.
Sam Carigliano2022-06-20T10:06:11+10:00February 25th, 2019|Technical|0 Comments