In structural engineering, a shear connection is a joint that allows for the transfer of shear forces between two members. So if a child member (for instance a beam) has some internal shear forces, these will be passed on as axial force into the column member. Typically, Shear Connections act as a pin (FFFFFR) as they do not take moment force like Moment Connections. (For more info, see Moment Connections)

The shear force is often transferred with the aid of some plate, cleat or additional member that connects the two members. In the right example, taken from SkyCiv's Connection Design Software, you can see that any downward force will be passed onto the parent member via the (yellow) angle plate connecting the two members together. Since the plate is not rigidly welded to both members, the connection is still free to rotate - meaning it is not a moment connection. Normally, calculations performed on the Steel Connections follow a certain design standard (AISC, Eurocode, and AS4100) to ensure the calculation's reliability.

Shear connections are generally the most commonly used connections. If the frame is braced, a moment connection may not be required as the bracing provides adequate lateral stability. This can help reduce the reliance on moment connections, which are often more complex and costly 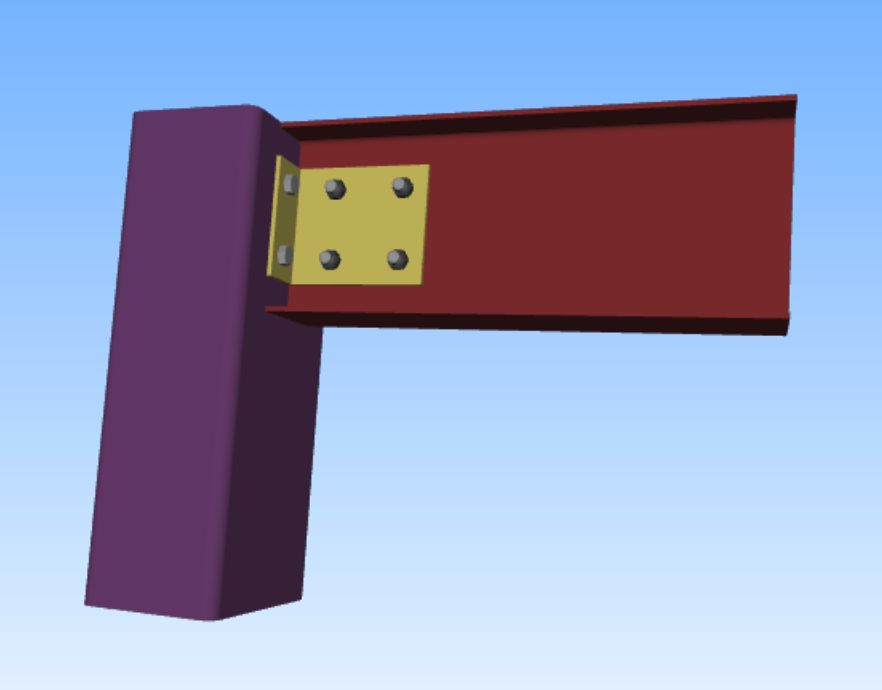 Single Angle Connection - An example of a Shear Connection. The lack of welds on top and bottom of the child (red) member means will not transfer moment force.

The most common types are the angle/plate connections, which either use an angle bracket or a plate to connect the flange of the parent to the web of the child member. Shear connections do not resits much moment forces as they are allowed some looseness to rotate. It is one of the main differences between a shear and a moment connection. It is worth noting that welded shear connections resist higher moment loads than bolted ones.

As the name implies, this connection uses a T-shaped section to join the parent and child member. This greatly increases its strength towards shear and moment loads. As such, the bearing strength of the connection becomes important.


3D Representation of a Shear Connection - the yellow element is the angle that connects the Parent Member (Hollow Rectangular) to the Child Member (W-shape)
Source: SkyCiv Connection Design Software

[gap height="30"] [separator headline="h2" title="What's the difference between a Shear and Moment Connection?"]

The above info, screenshots and 3D models of shear connections are from SkyCiv Steel Connection Design Software. The software will run design checks for the various design codes, includine AISC 360-10 ASD and LRFD. With full rendering, CAD export and drawings. The software will also produce a step-by-step guide of the connection shear design calculations so that you can follow the steps it is taking. 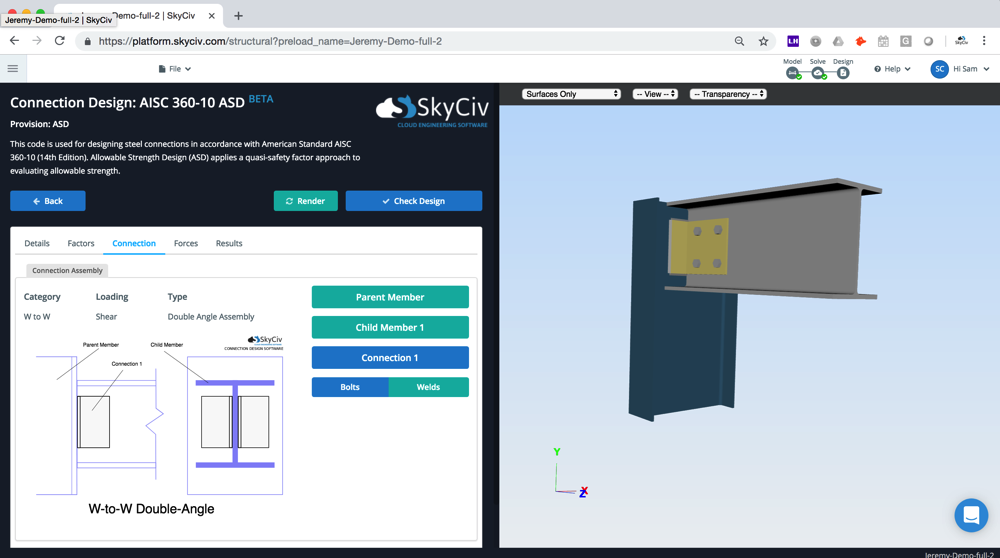