There has been an enormous amount of internal anticipation for the Beta release of our first design module; AISC360 for Structural Steel Buildings. For the better part of 2 years, SkyCiv has focused on Analysis only. We wanted to focus on analysis and make sure we nailed this before moving into other areas of the process. In being patient, we are now looking forward to integrating design modules into our powerful structural analysis software and we are excited to give free access to the Beta version to all of our paid Professional and Enterprise users!

"We are excited to give Free Access to the Beta version for all of our paid Professional and Enterprise Users!"

The integrated AISC 360 design software will be the first of many design modules to be released over the coming months! The module, that is in its final stages of development and will soon be released as Beta, has turned out better than we could have imagined thanks to the dedication of our in-house development team of Structural Engineers and Web Developers. The fact that it is integrated means you can simply build your model, load the design code and solve immediately with no more input required! 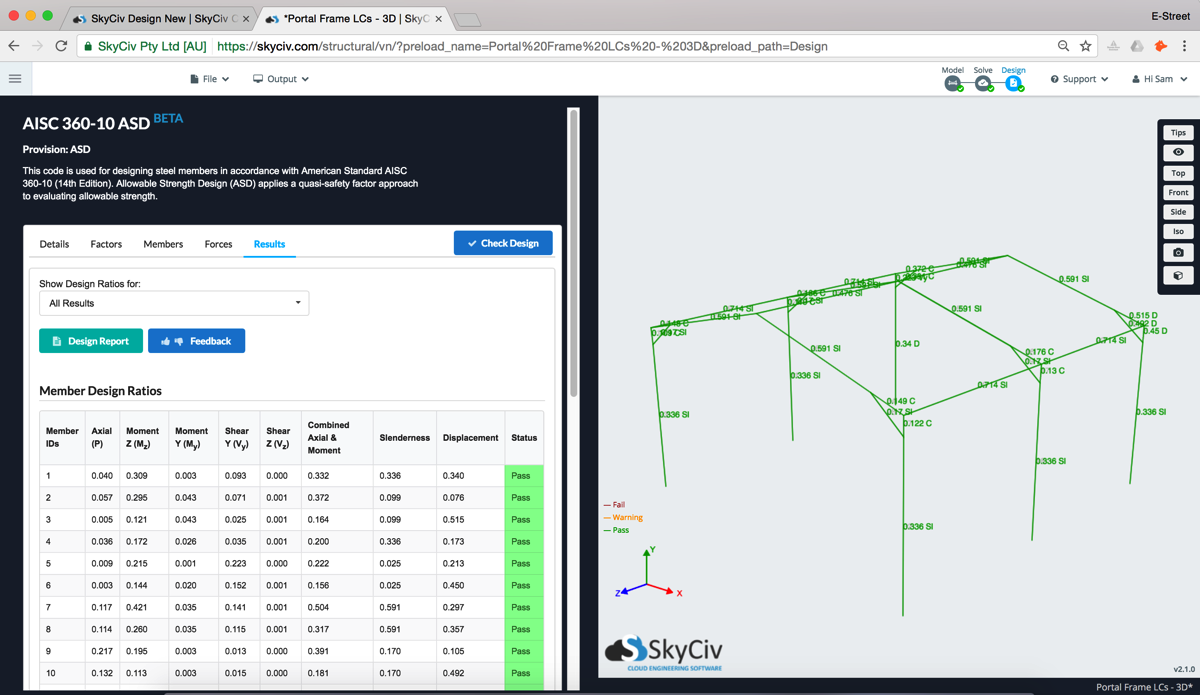 What makes our Design Modules Different?

Well first of all, SkyCiv is releasing the standalone version for free! Design your members in accordance with AISC 360, with clean, professional reporting on an easy-to-use interface. Keep an eye out for this release by the end of May 2017!

Secondly, our solution will be the only fully integrated Structural Design Software available on Mac. As it is cloud, it works regardless of your operating system. No downloading, installation or updating required - simply log in from your web browser and get access immediately. Of course, following our existing pricing, these modules will be available month-to-month under our Professional Account - again, the first of its kind.

We also pride ourselves on our software being powerful yet easy to use. So to save us complicating our existing clean user interface, we decided to allow users to seamlessly navigate through the 3 workflow stages; Model, Analyze and Design. This ensures users know exactly what stage of design they are in and displays a clean interface of options that is relevant to that stage.

What will the Output be?

The release of our Beta version, will be the first phase of the release; as we trial it with current users and gain feedback and insight into what the users wants/needs. There is a summary table within the UI that displays the core information: 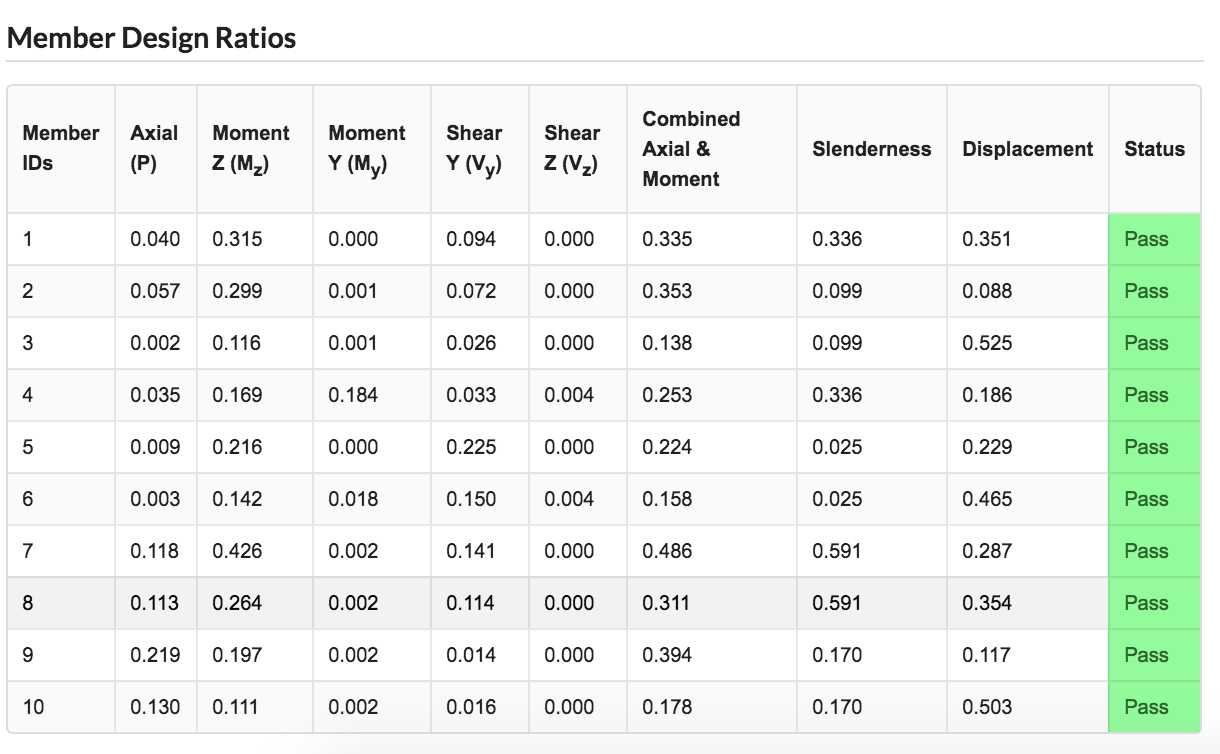 Of course, as with all other SkyCiv software, there will also be a downloadable professional PDF report - Sample Structural Design Report for AISC 360. This will allow users to download, print and share the results of their AISC design checks.

As mentioned, the module will be included in the Professional packages while it is in Beta. We look forward to the feedback of our users, so that the final version will meet the needs of our Structural Engineers.

Enough already! When will it be available?