Every year, SpaceX holds its annual Hyperloop Pod Competition at their headquarters in Hawthorne, CA. The Hyperloop is a form of rapid transportation conceptualized by Elon Musk in 2013 and has been continually re-conceptualized by startups and student teams across the globe. The ultimate goal for the Hyperloop is to travel at speeds of 700 mph or more and revolutionize transportation in cities around the world. At the competition, teams compete in developing a pod that can travel the fastest down a mile-long vacuum tube.

SkyCiv sponsored the University of Washington Hyperloop team last year where they placed #4 in the world and #1 in the nation. An outcome that resulted in 3 of the 6 team members attaining internships at SpaceX! What’s even more impressive is they also came in with the cheapest vehicle in the top-scoring teams; spending just $35,000, in comparison to some other teams budget $230,000 – $1,000,000. SkyCiv is proud to sponsor this team of inspiring, intelligent and resourceful students, who look to make their mark on the competition. 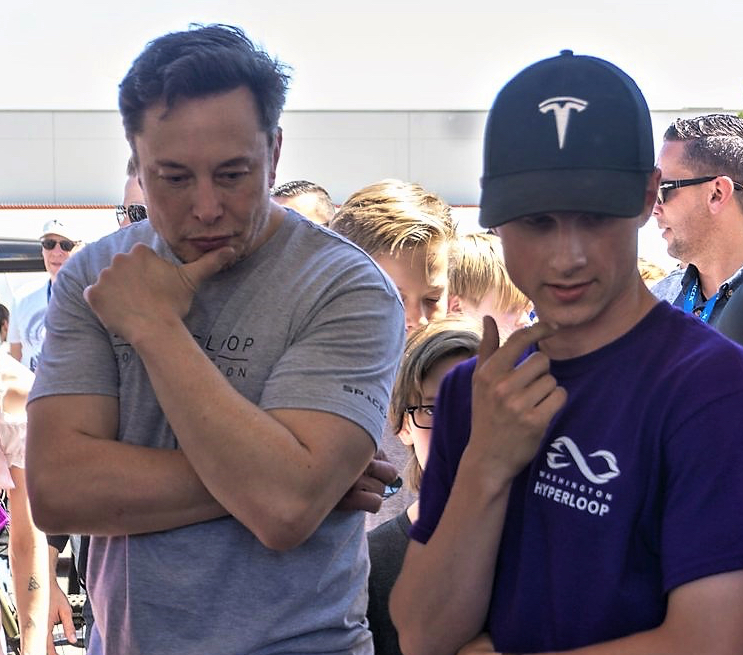 I caught up with John Buffalo, Structures Lead for the University of Washington Hyperloop team to see how the competition went and how they improved on their design from last year. “Last year’s design was really heavy. The goal this year was to build a lighter composite, mainly of C channels.”

John and his team first started out using SkyCiv Beam to analyze the beams; looking at the stresses of the section under applied loads.  Using this, in conjunction with SkyCiv Section Builder, they entered the material properties of the carbon fiber material to get the stresses and deflection results of the beams.

“Once we nailed down the geometry of our C channel, we looked at ways to maximize the stiffness for a minimum weight.” Scripting up a program in Matlab, the team was able to optimize the cross-section and cross-reference the results back in SkyCiv.

Further stress analysis was then run, using ANSYS to finalize their design with a factor of safety of two.

Want to help the team? Visit https://www.hyperloop.io/ to get involved as a sponsor today.