Prestressing loads can be accessed at anytime in Structural 3D by visiting the top navigation bar, ou, right clicking a member (or group of members) and clicking Add Member Prestress Load: 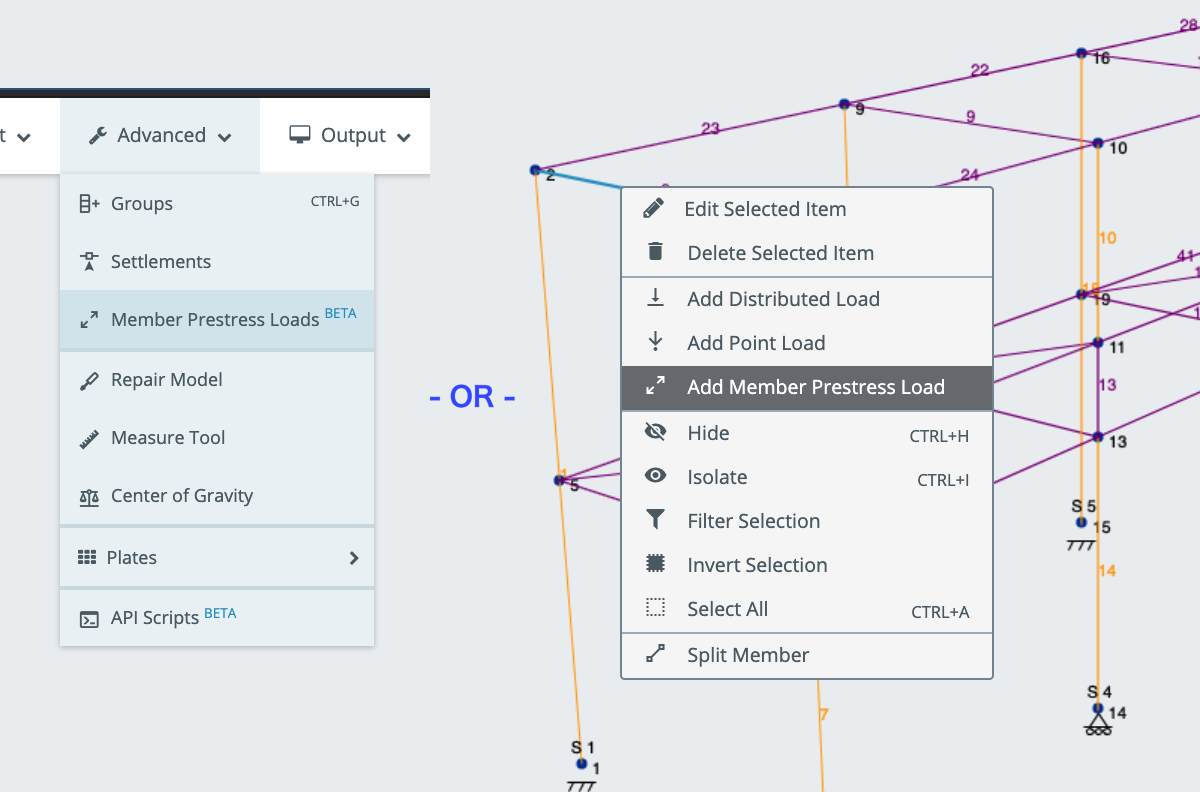 Daqui, the left menu will open up for you to enter or edit any prestressed forces in the model. The inputs required are member IDs, the prestressed load magnitude (+ for tension, – for compression) and the load group you wish to assign for this load.

Comece selecionando a parte da estrutura que você deseja espelhar: you can enter comma separated members (por exemplo. 1,2,6) or a range (por exemplo. 3-6) or a combination of both (e.g.1,2,3-6) for easier and faster input! 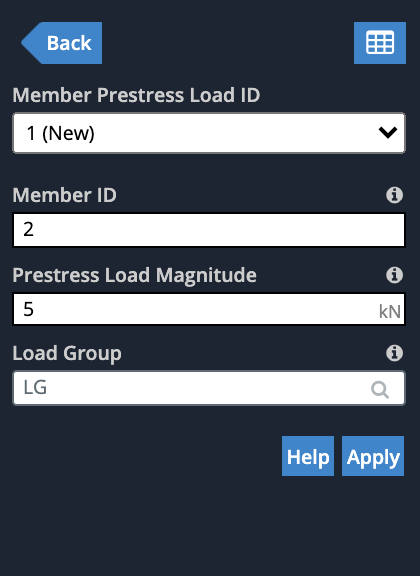 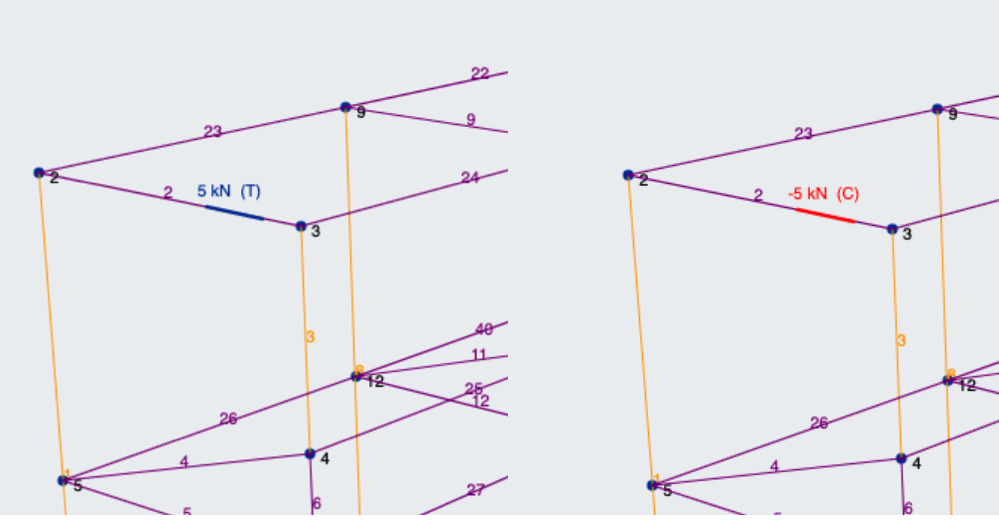 Users can add temperature loads or strain loads using member prestress loads to simulate the elongation and shrinkage of members due to temperature effects.